Festival Trutnoff is releasing the first day program. This year’s premiere is waiting for the Jewish reggae singer Matisyahu, and the entire meeting will be opened by worship and the loudest Czech band Boron known from morning wake up calls.

The oldest show of its kind Trutnoff Open Air Festival, which will be held from August 20th to 23rd, traditionally does not publish the time schedule or even a list of bands playing each individual day. In the case of the first day, however, we make an exception and partly reveal the secrets of this festive gathering. The festival will host about ninety bands including the British Prodigy, Subways, metal Gojira, noble Ondřej Havelka and a dulcimer band from Moravia. First time visitors will be welcomed by organizers with bread and salt and vegetarian borscht.

The festival will be opened with an extraordinary ecumenical service, accompanied by an opera singer Alex Procházka. The opening band will unusually be the loudest festival band Boron, which, even though performing at the festival for fifteen years, many know only by name and have never seen it live. Due to its loudness, the band traditionally ensures Sunday morning wake up call and therefore only the early risers can usually see it. This year, the band will use their loud rhythms to call the visitors to the Pow-Wow. The opening will further see the legendary Vladimir Mišík with ETC, Monkey Business and the main performer singer Matisyahu. In the underground tent of I. M. Magor Jirous there will be other concerts until the morning hours, culminating in an extraordinary jam session of the Ukrainian band Kozak System with Gypsy Terne Čhave.

Although it is an established tradition and one of the features of the Patriarch and Old Man of all festivals, Trutnov Woodstock, to not disclose the schedule of performers in advance, it makes an exception for the Thursday’s opening day. "We honour the moment of surprise and the joy of the meeting. It is one of the reasons why for years the squaw and our co-warriors have been learning about the program on the site from the Festival samizdat. Thursday's first festival day, however, is an exception. It's an amazing day, filled with energy and the signs of anticipation, meeting and getting acquainted. People welcome each other and take rejoice from the reunion. Girls are fragrant and the air is full of expectation and the energy of the coming days," Geronimo says about the first day of meeting. The gates of the magical planet on the battlefield will open on Thursday at 4 PM and two hours later the happening on the main stage will start.

This year the festival is among other things dedicated to the freedom of Ukraine, and the organizers will use a traditional Slavic tradition of welcoming the first visitors with bread and salt and vegetarian borscht. On the main stage, the festival will be opened with a service for four days of peace and friendship and giving thanks. For the first time it will be accompanied by opera singing performed by the Brno bass Alex Procházka. Beyond this worship, he will accompany other festival performances, such as the poetry reading by Jiri Lábus and other unexpected moments 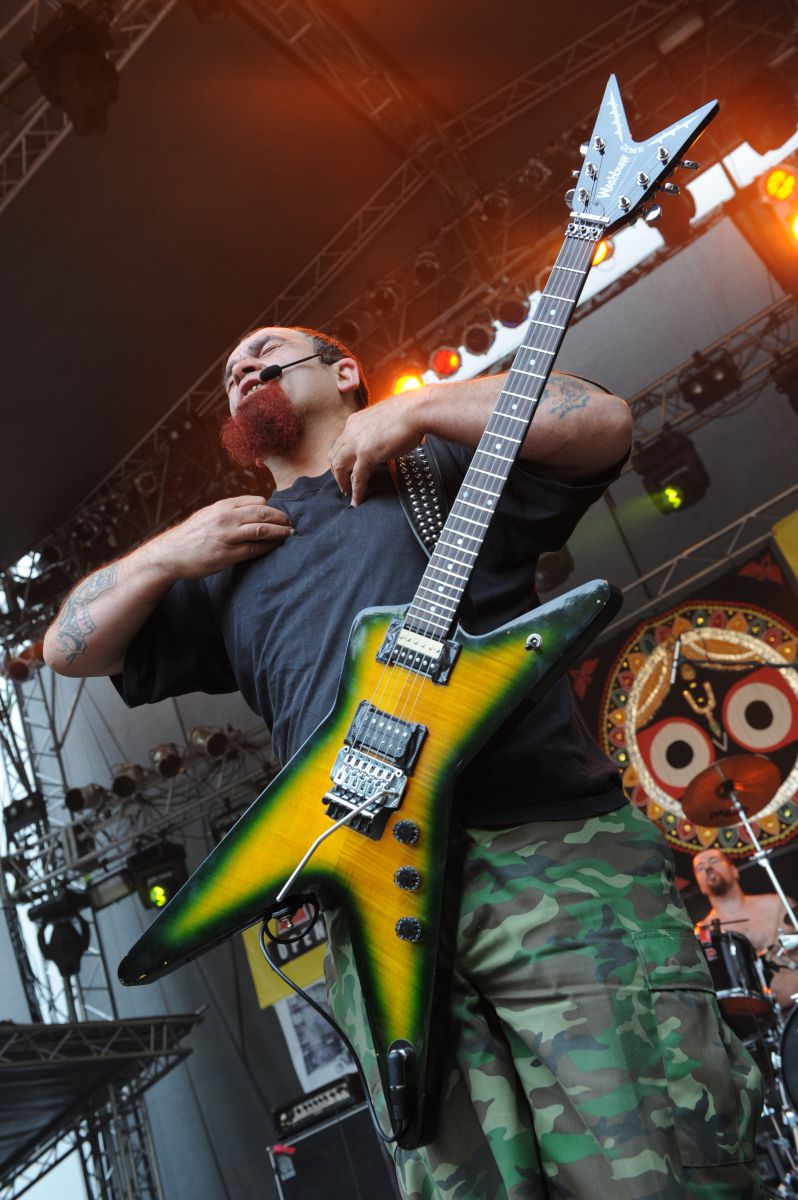 The start of the music festival will unusually be performed by one of the loudest bands Boron. Although the band performs here almost on a regular basis, most of the audience has never seen it before. They are only known by the early riser, since the band is due to its noise used as a regular wake-up call on Sunday mornings. When the organizers missed the band one year, it raised a wave of indignation and passionate discussions that were noticed even by the media. "Do we even have the right to omit Plastic People or Garáž, who were at the origin of the festival, or Boron, who are connected with the festival like with the umbilical cord?" ask the organizers of  the Geronimo tribe. This year, Boron will therefore have an unusual task of calling to the wigwams of the festive Pow-Wow with its hardcore opening whistle. It will be followed by Vladimir Mišík with ETC, after which the stage will belong to the popular band Monkey Business, this year with the program “15 years on the path of friendship”. The finale of the Thursday evening will belong to probably the most famous American Jewish reggae singer, iconic Matisyahu, who will have his Czech premiere at the festival. Matisyahu is known as the author of "Hasidic reggae" which he has been using for more than a decade to bring his religion and culture closer to others in an interesting mix of reggae, beatbox, rap music, but also jazz and rock with sung recitation of Jewish prayers.

Tickets for this year's Trutnoff Open Air Festival are available on delivery for CZK 1,200 until Sunday midnight. When ordering ten tickets, you get one free. Till Thursday 20th, tickets will also be available in brick pre-sales for CZK 1,300, and then on the spot for CZK 1,500. Camp and parking is free!