We are adding more bands. Trutnoff will welcome British the Subways and for the first time in history our territories will be fiercely swooped by the Cossack cavalry without sabres - Kozak System. It will be a wild ride through our camp

Trutnoff festival, magical meeting which will be held in less than three weeks on 20th  to 23rd  August, will welcome a young British rock band The Subways, who had their domestic debut before our wigwams in 2008. Just seven years ago we first introduced this sharp band to Czech squaw and co-warriors. Meanwhile, the number of their fans has multiplied and their popularity both at home and in Europe has risen steeply. Subways are among the gems of the big music gigs and ever since they first appeared at Trutnoff festival, their concerts have almost always nearly sold out. The invitation to our meeting was accepted with pleasure and we very quickly made an agreement. It was felt that they wanted to return to our camp, and we look forward to seeing them. Subways will complement the flavour of this year's colourful mosaic and together with Prodigy and metal Gojira will serve as energetic and sharp wild spices. They will be the imaginary icing on the cake. We believe that they will surprise even the wild Cossacks without sabre – the band Kozak System. 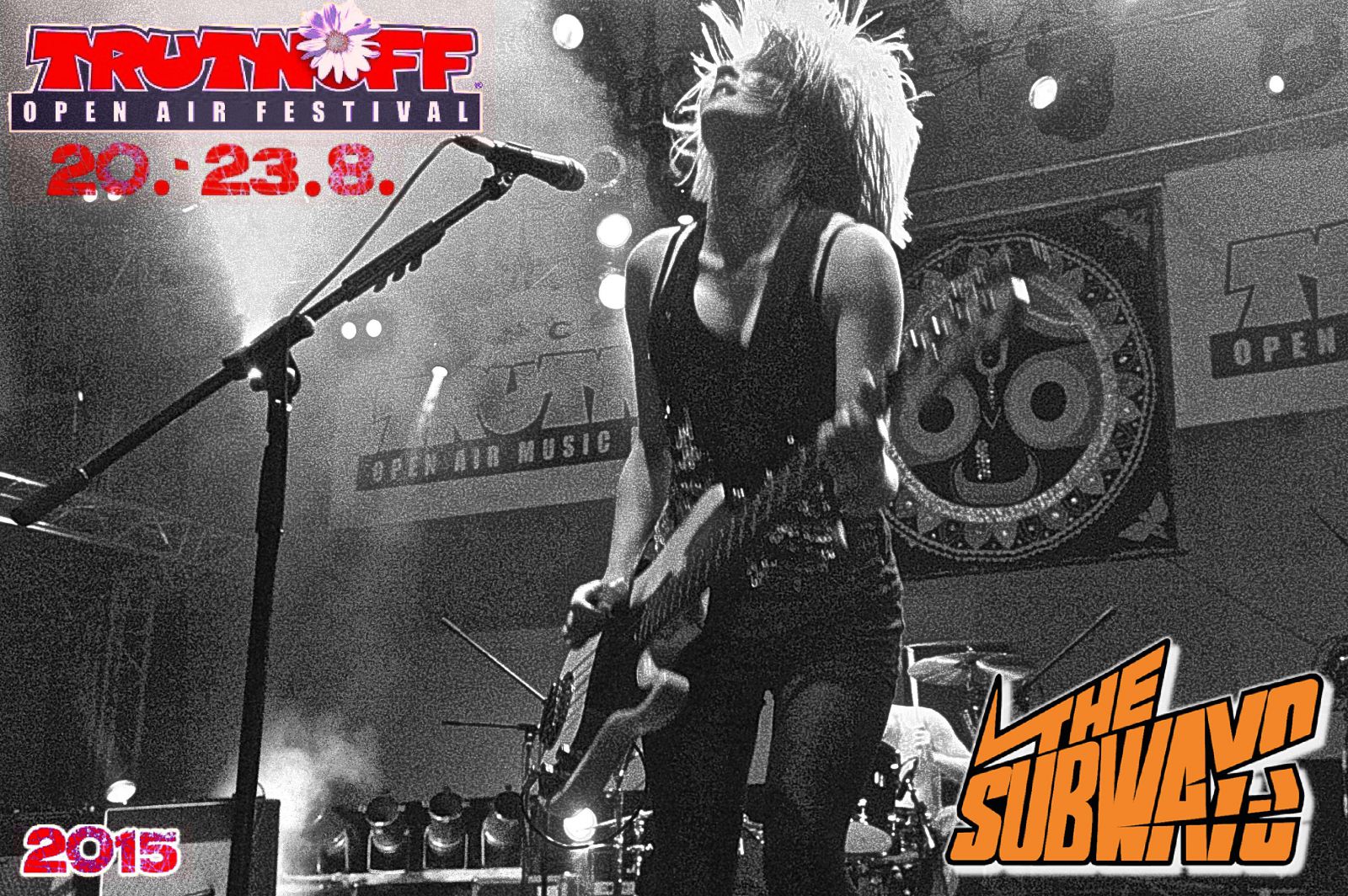 Surprises from Ukraine - sabre free Cossacks! Kozak System are coming to perform as part of this year’s dedication.

In August, the battlefield will be visited by the ferocious Cossacks, but without sabres - Ukrainian Kozak System. They are yet another band at Trutnoff Woodstock, which is dedicated to the freedom of Ukraine, victims of the Holocaust and religious tolerance this year. Kozak System is known in their country as a band that played at Majdan during the bloody civil unrest, but they caught us with their musical style and vigour. "It's like when Cossack on horseback swoop around you with swords over their heads. It will probably serve as this year’s surprise for many, „sounds from our wigwam Tam-Tams. During the festival and just before their performance there will be a debate with the members of Kozak System in the underground tent of I.M.M. Jirous related just to this year's dedication and bloody civil struggle for the freedom of Ukraine. 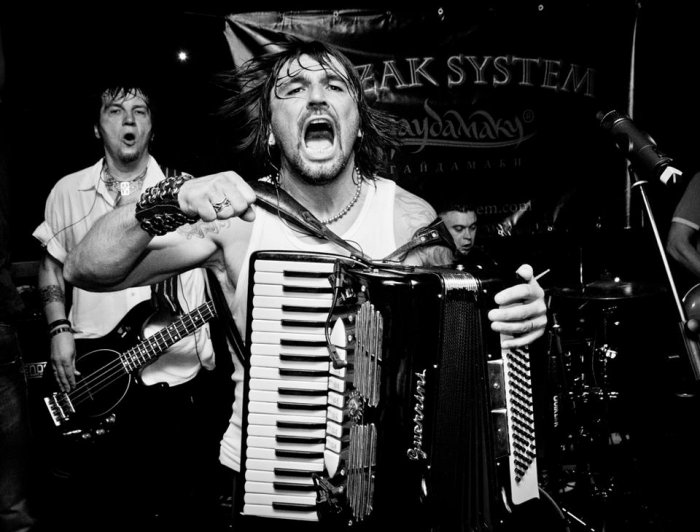 Previously, Karel Schwarzenberg, in our hunting grounds nicknamed the Prince or His Highness, expressed support for the festival. "Ukraine is a country that had historically tragic fate and unfortunately it continues. I am very glad that Trutnoff devote their festival to Ukraine now, when its eastern part needs all the support of people who care about freedom. Thank you for this idea and I know that my Ukrainian friends will be delighted. I hope that at least some of them manage to arrive in Trutnov," said former foreign minister and presidential candidate, who is likely to visit the festival this year. 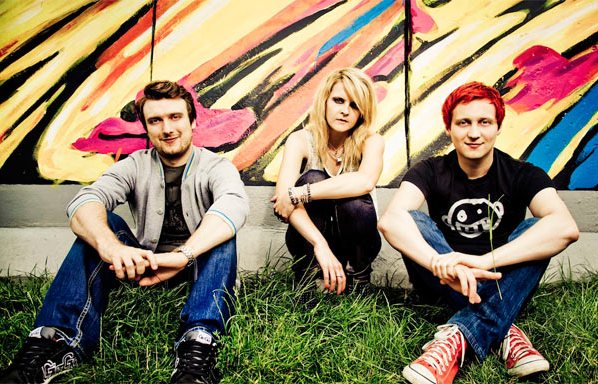 The Subways are now a band that does not need to be introduced to Czech or foreign fans In 2004 they won the talent contest at the legendary Glastonbury Festival and a year later the popularity of the young three-member rock band from the British Isles began to rise steeply. In 2005, Billy Lunn, Charlotte Cooper and Josh Morgan, whose age average was just 16 back then burst onto the international music scene with her debut album, Young for Eternity and the hit Rock & Roll Queen, their popularity grew and they became sought after by both large and small stages. As it goes with us, they were in the Czech Republic in 2008, when they had their Czech premiere as an almost unknown band. Since the first legendary performance under mountains they have found a strong fan base and the Subways are now "returning to the scene of the crime" -  Trutnov battlefield at full strength.

The Subways themselves often like to recall their concert in Trutnov in 2008 in interviews: "The first time we played in your country at the festival in Trutnov. And it was absolutely incredible. It was in the middle of woods and it seemed as though someone had just dug a hole for the stage there. It was fantastic. We became friends with many people with whom we are still in touch," singer Billy Lunn said in one interview in 2011.

Singer Billy Lunn was splitting up with Charlotte at the time of the premiere concert in Trutnov and nearly lost his voice due to ill vocal cords. Only surgery rescued him.

Subways concerts are characterized by explosive power with rock sound and wild performances, underlined by the stage performance of the little bassist and singer Charlotte, that can behave like a naughty and spoiled child.

In February, the band released its fourth album with an even rougher sound. The circle is closing. We expect that the Subways will perform in even better strength at the foothill camp. 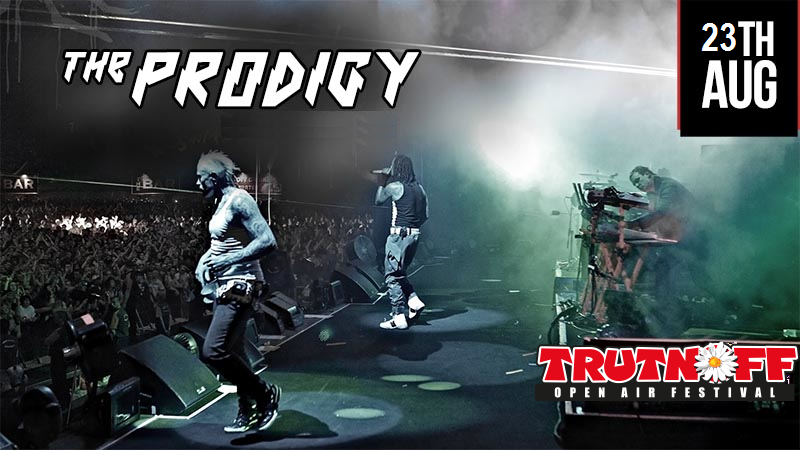 The ticket price will increase in August

The cheapest tickets can be still ordered at the festival pages www.festivaltrutnov.cz or at the e-mail address geronimo@festivaltrutnov.cz, and the price is CZK 1,200. Buy 10 tickets and you will get 11th free. Before the festival the price will increase to CZK 1,300 pay on delivery or CZK 1,400 in pre-sale. You will pay CZK 1,500 at the spot. One day ticket for the day of Prodigy performance is CZK 990.