Trutnoff completes the programme mosaic. Among the ones coming are the modern-day hippies Crystal Fighters, the Boban & Marko Markovič Brass Orchestra and the ethno-electronic NOHA

In the Indian summer immersed in the sunshine we complement the colourful mosaic of the festival programme. The Trutnoff Woodstock that was renamed to Trutnoff Open Air Festival this year, taking place from August 14th to 17th, is going to host the modern-day dance hippies, the vivid Spanish Basques Crystal Fighters, who settled in London and criss-cross our planet with traditional Basque folklore grafted with the rhythms of contemporary electronics and sharp guitars. The sun energy charged Balkan brass band known from Kusturica movies, i.e. the Boban i Marko Markovič Orchestra are coming, too, along with NOHA that is very popular in our lands. We believe that they will make our moccasins dance at our Pow-Wow in the month of grain and ripening grass. We look forward to it... 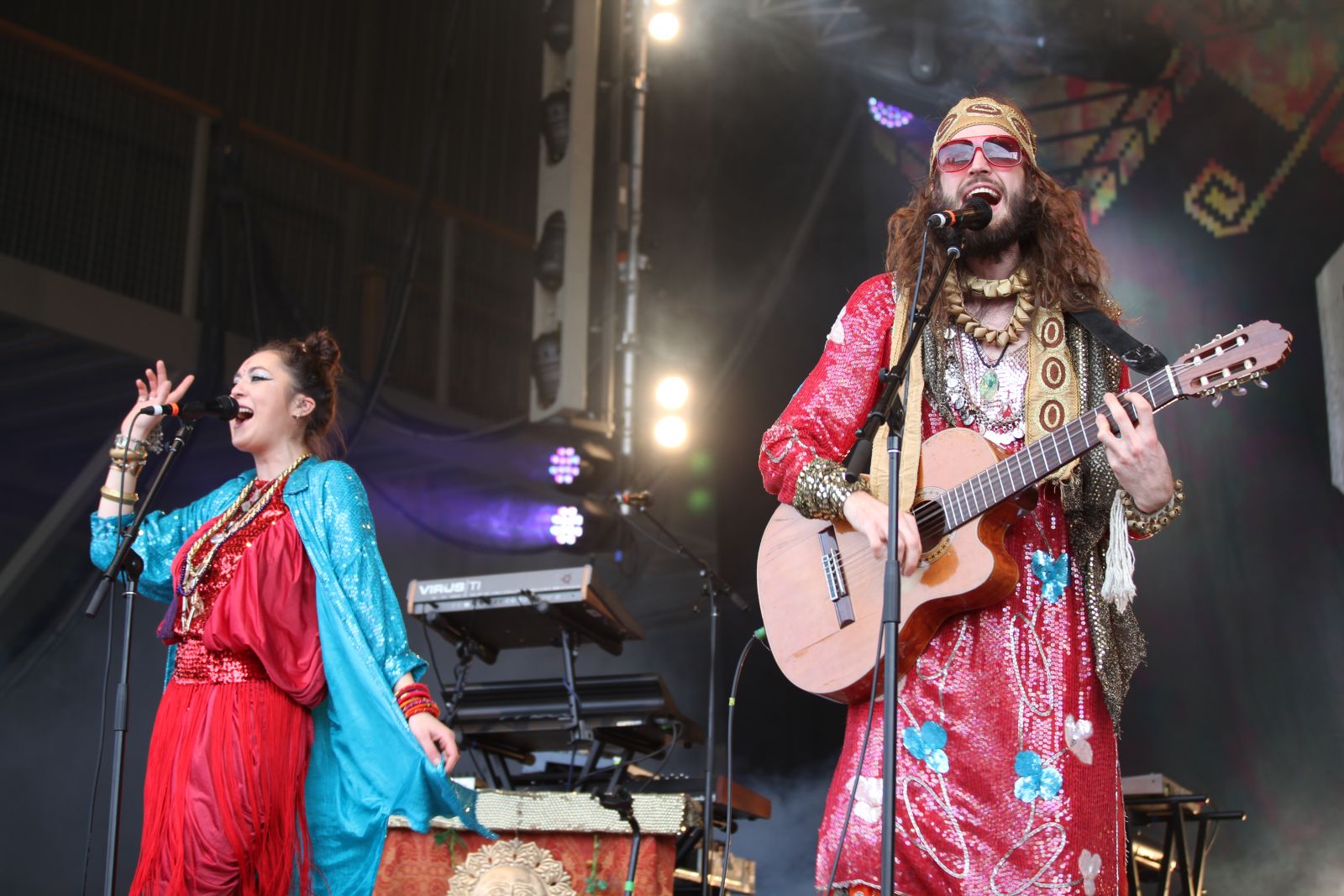 You can feel the southern summer and energy with the open large-mindedness from the vivid Crystal Fighters. Their concerts sell out quickly. Their last year’s performance in Prague, where the rhythms of the South scented the Autumn Prague streets even in November was no exception. Rumours about this concert circulate to this day. Trutnoff will be happy to open its doors to such modern rhythms in the days to come.

The Basque-British Crystal Fighters formed in 2007 and their debut album Star of Love immediately attracted attention with its straightforward and engrossing energetic music. The fact that the Crystal Fighters, who succeed in combining the traditional Basque folklore with contemporary electronics, are getting increasingly popular is confirmed by their participation at the most prestigious European festivals including Glastonbury, Pukkelpop or Sziget. Are we going to dance around the shamanic bonfires till the dawn? "Forget everything and choose love," is the answer of Crystal Fighters. 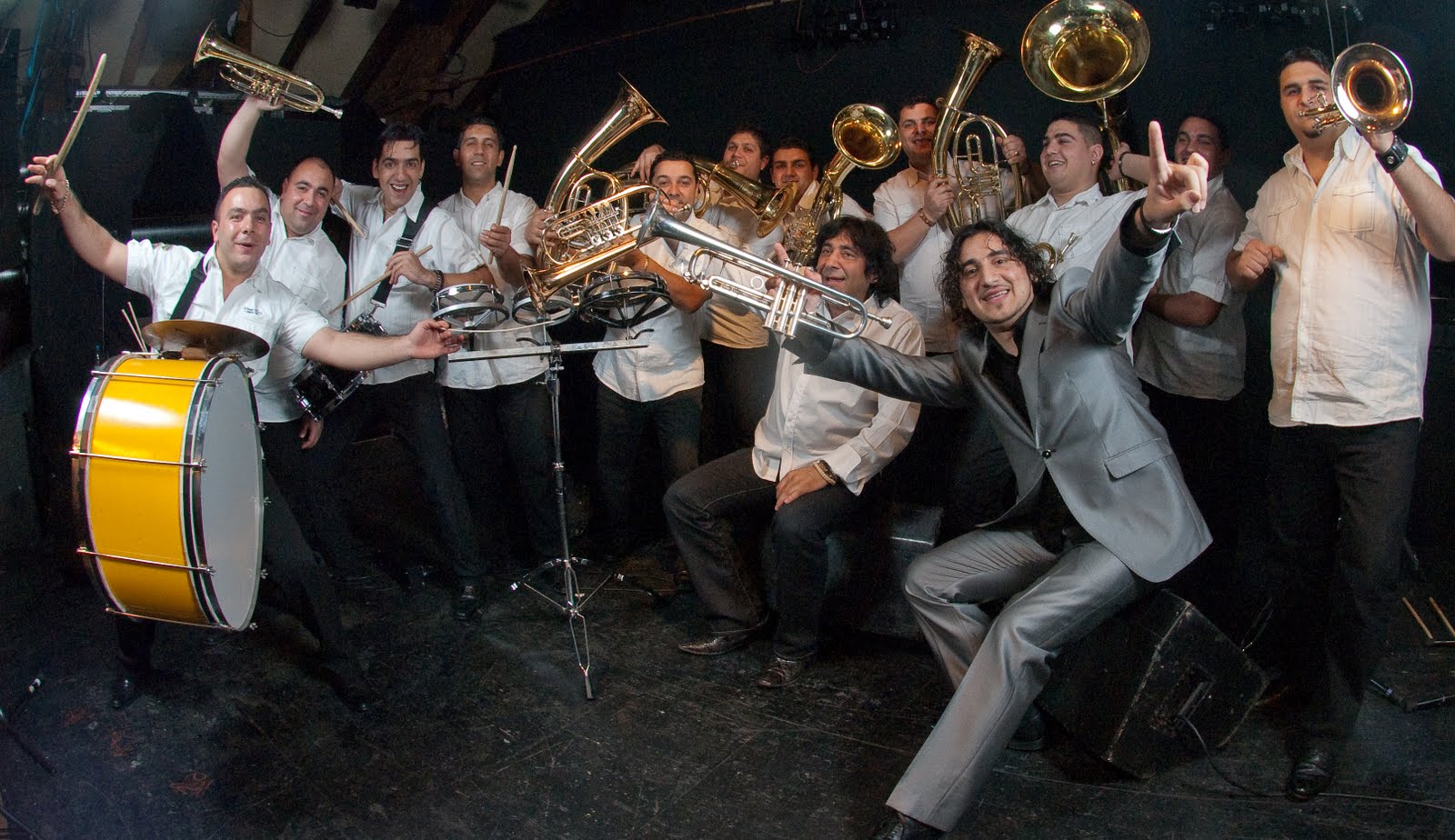 Another sun-charged energy will be brought to the foothill camp by the Balkan brass band known from the Kusturica movies, i.e. the Boban & Marko Markovič Orchestra, who will arrive with a new program, enriched by a drummer, a guitarist and a keyboard player; thus unusual composition for a brass band. The orchestra blends world music with Balkan rhythms, but also pop, such as songs from ABBA or peculiarly adapted by James Brown, who suddenly found himself in the Balkan tune ...

Boban i Marko Markovič Orchestra is one of the best and most respected Serbian brass bands and Boban Markovič is probably the best trumpet player that Serbia has produced in the last twenty years. They recorded soundtracks for films by the director Emir Kusturica "Arizona Dream" and "Underground". The name of the son Mark entered the band name due to the fact that on the day of his eighteenth birthday in 2006 he took the band over from his father.

N.O.H.A. is returning after their premiere

Another band that will make your moccasins dance at our Pow-Wow will be the ethno-electronic NOHA. They are returning under the mountains after two years with their new American singer Kaia Brown, who adds a new musical and visual falovour. N.O.H.A. is well-known to the domestic audience, enjoying great popularity here, and they conclude our multi-coloured programme mosaic of foreign bands. With its stylish and open mix of drum & bass, world music, dub step and energy-charged grooves they will the stage with contagious positive energy. N.O.H.A. with their sympathy for traditional and multicultural music break the boundaries between various musical directions and world continents.

On the side: Trutnoff without any numbers again

This year again we will not publish any figures on the number of visitors to protest against the long established practice of exaggeration and falsification of this information at other events. Unfortunately, nobody verifies the numbers and the media automatically publish them as given by the organizers. They often desire to be bigger and more interesting than they actually are, or with regard to the sponsors state nonsense and exaggerated numbers. The spirit of the meeting, however, is more important than numbers! Tens of thousands might look better, but it's just a game and virtual reality. The fact determined by the size of our country is different. The number of those present must be multiplied by the number of days, even if they are the same visitors. During the summer month of the thunder that we have already witnessed it and it is likely we will again. More info regarding this subject is coming in the Festival samizdat.