The Saharan nomads will pay a visit to the mountain foothills Trutnoff festival will be enriched by the legend of the desert blues, Tinariwen Saharan Tuaregs, and the throbbing heart of the band Lucie, David Koller.

Czech Woodstock - Trutnoff Open Air Festival, which will take place on August 14th to 17th, is completing its colourful mosaic with the Ethno sounds of Sahara as well as with a popular domestic singer and a drummer. “The foothill camp will be visited by a group of the Saharan nomads, a legend of the world music and the finest example of the desert blues, band Tinariwen, who after the riots in Mali swapped their Kalashnikovs for guitars. From our plains will arrive a throbbing heart of Lucie, David Koller, with his band. David will also play with his other band Jasná páka,” says the festival founder Martin Geronimo Věchet. The legendary festival is celebrating thirty years since its foundation this year and was renamed to Trutnoff. 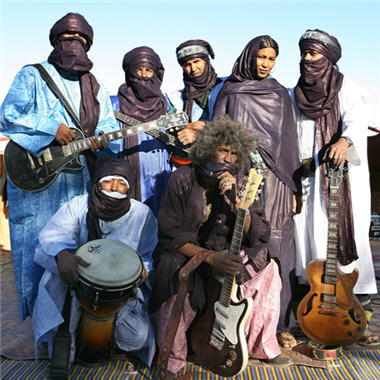 Desert blues from the Sahara desert under the mountains of Krakonoš

Diversity, friendly meetings, Indians, conspirators, Hare Krishna, Christian worships, civic initiatives camp, unusual guests and bands that you would not see on one stage elsewhere. These are the distinguishing marks of the Patriarch among festivals. The festival arising thirty years ago from the underground honours dramaturgical variety of genres. Ethno bands and playful Trutnov Woodstock are inherently linked. This year the choice fell on the legend of the Saharan blues, the band Tinariwen, which inspired many other "desert" bands. Members of the band, which was founded in the eighties, are the Tuaregs originating from nomadic tribes that have wandered the dunes of the Sahara for millennia. The desert is in their blood and it is their home.

The Tinariwen story is a myth in their homeland

The story of the band Tinariwen, whose name in the Tuareg dialect means “barren place” is becoming almost a myth in their homeland. In the eighties (1982), the band was really created in a barren place, i.e. one of the Tuareg camps in Libya, where nomads moved in their search for work. Here the musicians met with the Western music and especially with Jimi Hendrix and American blues. In the desert military camp where the men of the Tuareg tribe prepared for their resistance against the central government of the Republic of Mali, they started mixing the elements of Hendrix and the blues with their own songs, and the basis of Tinariwen were founded.

When the Mali revolution started, they swapped guitars for weapons and went on to fight for the Tuareg independence. 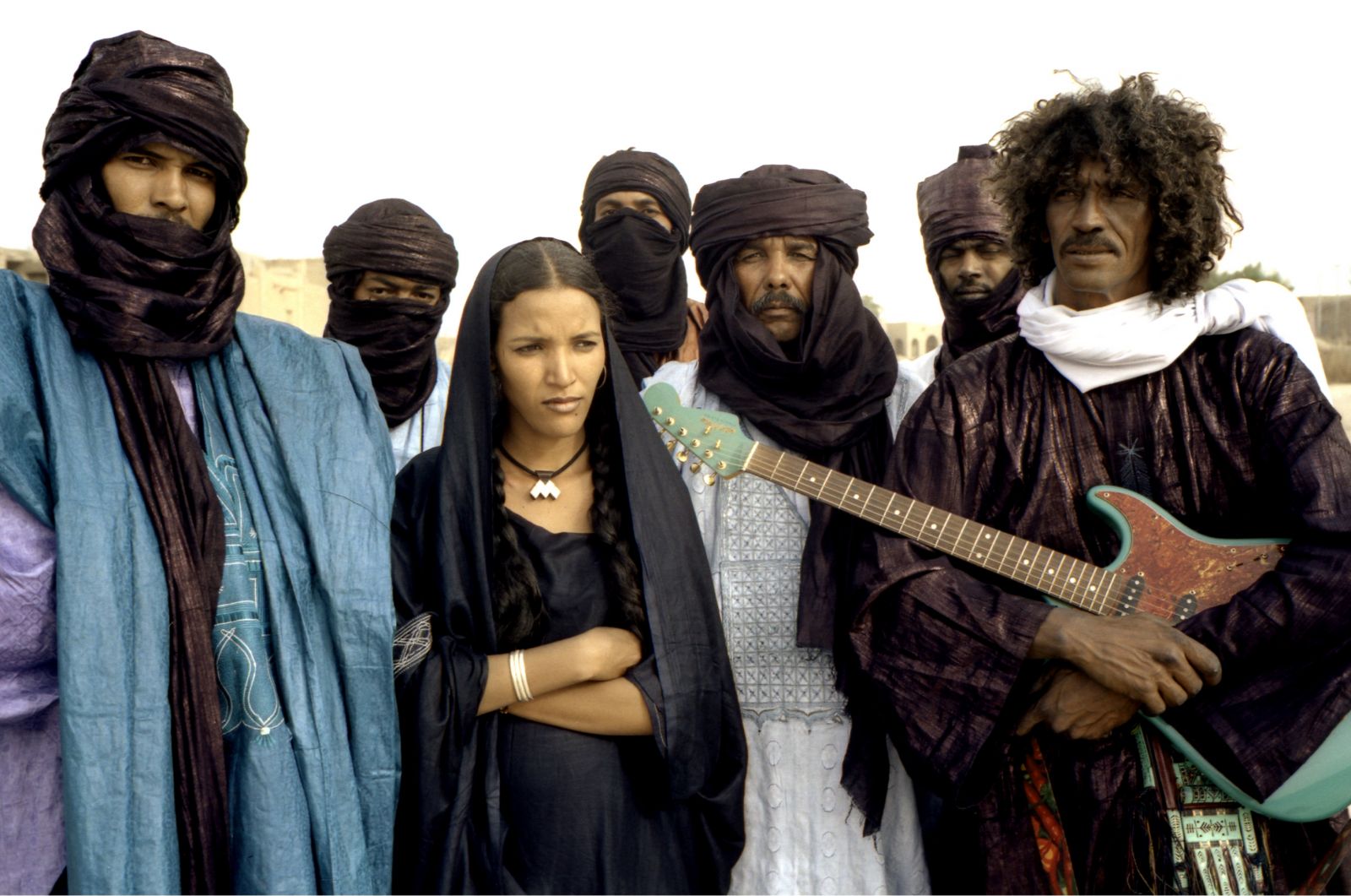 Tinariwen became a cult band to whole generations of Tuareg who live in exile in Algeria and Libya. They circulated their music on cassettes and for years nobody heard about them beyond their desert homeland. Their first CD was released in 2000 and a year later they started to appear in America and Europe, becoming a popular band of the independent and world music scene. “We have been trying to get Tinariwen for three or four years. When I introduced them to Martin at one party, listening and watching videos from the desert with the band by the fire sent shivers down our spines. It was clear straight away. We said we should invite this band. Their desert blues is raw and powerful,” says the daughter of the founder of the festival and one of the organizers Marta Věchetová. “But meanwhile they swapped their guitars for Kalashnikovs and went to fight for the independence of Tuareg. There was a revolution in Mali and they moved away. At the concerts they sometimes brew tea and play on mugs, from which it is served. They appear wrapped in traditional clothing and some members only show their eyes at a concert. It is impressive. We will see what the nomads of the Sahara bring under the mountain,” Martin Věchet alias Geronimo adds to the words of his daughter.

Their albums are recorded in the desert

“The band is respected by icons ​​such as Robert Plant, Carlos Santana, Bono and Peter Gabriel. It started to be nicknamed “The Saharan Rolling Stones”,” a music journalist Pavel Klusák said about Tinariwen. The album Tassili released in 2011, which Tinariwen recorded directly in the Algerian desert, in a tent and under the stars, won a Grammy for the best world music album. In Western Europe they appear at major festivals, and this year they will be again one of the headliners at Glastonbury in England.

The new album Emmaar from 2014 had to be recorded outside Africa, due to the political situation in their country. However, the desert is crucial for their songs; therefore they found another – the Joshua tree desert in California. “We would love to live peacefully in northern Mali, but unfortunately it is difficult - there is no government, banks, food or fuel,” said the band's base player Eyad Ag Leche. .

On the album recorded in the California desert Tinariwen, among others, tells the story of their country Mali that seems forgotten and ignored. The lyrics tell stories of unfair trials and the misery of local families. “Ideals of people have been sold out cheaply, friends, forced peace had to fail, and give way to hatred,” sounds in the song Tinchy Toumast. Despite the band's worldwide success, they are not allowed to return home right now. “In their own country they would risk imprisonment or death. But as the real nomads with just a few personal belongings, they have no problem to adapt to it. And we can be inspired to become more interested in the situation in Mali,” concludes the chief squaw of the Festival Eva Lipová Navratilová.

The heart of Lucie, David Koller, is returning

After last year's successful concert, when he unexpectedly eclipsed even the experienced punks and stole the show of the British punk legends The Damned, the pulsating beat of Lucie, David Koller with the band, is returning to the hot red soil to warm up the foothill camp with their cardiac rhythms that will make you dance. David, who forms the heart of the reunited band Lucie, likes visiting our Trutnov festival and can be seen here even if he is not playing.

I look forward to coming to Trutnov also to meet with people who were in contact with Václav Havel. But I also always look what is new, because Trutnov was and still is “in”, “said David Koller for the last Festival samizdat

Among the newly announced bands appearing at Trutnoff Woodstockfor the first time are also Republic of Two, a young band The Paranoid from Slovcakia or Portless, a band consisting of the ex members of Support Lesbiens that used to visit the festival at its beginnings. Another drummed out bands are for example  Lanugo, Bratři Orffové, Debustrol, Jasná páka, X-Core or a distinctive song writer Vlasta Třešňák.