Czech Woodstock – Open Air Festival Trutnov is being re-named to Trutnoff and it will be held on 14th to 17th of August. The first bands will be announced at the John Mayall concert on Sunday 15th February at the Prague theatre Archa.

Traditional festival, which will be unofficially thirty years old this year, is being re-named to Trutnoff Open Air Festival. The legendary music festival, which is known by the nickname Czech Woodstock, will be held on 14th to 17th of August 2014. The first names, including the major bands, will be drummed out at the concert and the birthday celebration of John Mayall on 16th of February at the Archa Theatre. From all directions we hear questions whether the festival will happen this year, where and when ... The questions regarding bands come last. Here is the answer. 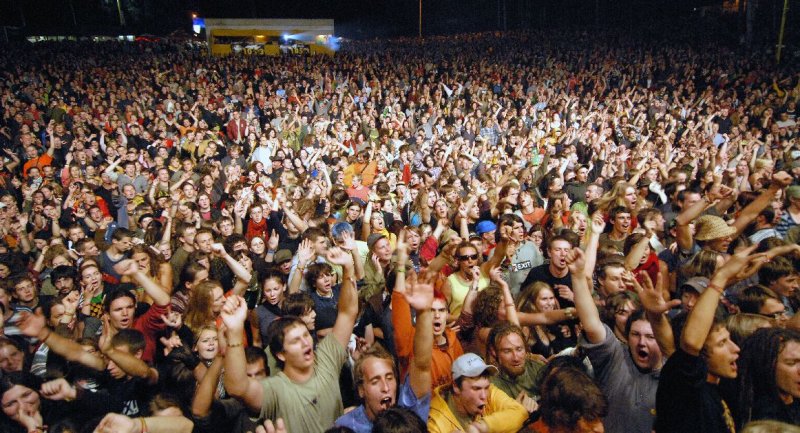 This musicfestival has been held in the Krkonoše foothill town of Trutnov since the 90s and it was named after the town in 1990. The name change expresses what the festival has been facing in the past few years. Eight years ago we first learned that the town hall under the leadership of the mayor and current MP for ODS Ivan Adamec allocated the land where the festival has been held for twenty-four years for development. It was clear that this was the beginning of the end. Today, the land is sold and the mains are built. There is less and less room, grassland is being swallowed by asphalt and every year it is more complicated. Where used to be the main gateway to the festival camp, today there is the first building – parcel logistic centre with garages. Ironically, it was designed by a family company of one of the councillors. When we found a new place seven years ago, Trutnov Town Hall is rather sold it for business purposes. There should have been a solar plant but nothing has been built yet.

30 years of the festival

Despite all this, there will be a celebrationthis year! The first unofficial festival was held in 1984 in Mladé Buky, but it was dispersed by the state police. "When Václav Havel with Mrs. Olga arrived and parked their new Volkswagen next to the wrecked police Skoda cars, they got the idea to invite all 150 people, who had arrived from all over the country to see the three band festival to their cottage at Hrádeček. There was a party late into the morning, while we howled in police cells like stinking coyotes. Back then in Mladé Buky the core plot which persists till today was established," recalls the founder of the festival Geronimo in his mountain wigwam. The first official year of the Czech Woodstock was to take place three years later. The private property of Martin Věchet in Volanov by Trutnov was then in 1987 the destination of around a thousand visitors, but the State Police surrounded the entire village and arrested the organizers. The secretpolice left the house power supply to be cut-off and sprayed the land with slurry. The visitors were scattered. Václav Havel helped again when he hid the sound system at his cottage at Hrádeček. The STB members did not dare to enter the house. It was so conspiratorial that even Geronimo  learned about it from the chief thirteen years later. Václav Havel supported the festival in later years, when he for example urged its visitors not to buy any matches or spreads if there was a supermarket built on the festival grounds, or when he expressed his concern "to not let the festival be destroyed by development like the Prague Spring was destroyed by the Soviet tanks. " 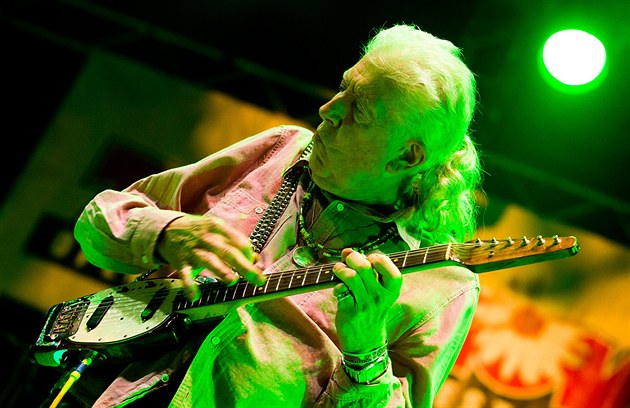 The first names, including the major bands, will be drummed out at the Trutnoff concert in Archa, linked with the celebration of the birthday of John Mayall on Sunday, 16th February at the Archa Theatre. The concert is a celebration of John's eightieth birthday and we will try to transfer the well known conspiracy and friendly atmosphere of the festival to the theatre space. Through his performances, John Mayall inspitred the formation of Trutnov Woodstock in the former Czechoslovakia, and last year he also performed there. On the eve of the festival concert word led to another and in the bar we agreed with the band that John would hold a birthday party in Prague. It is comes as something natural to organize eightieth birthday party with a concert for the one that inspired the creation of the festival and indirectly stood at its birth.