Winnetou returns to Trutnov Woodstock and brings his sister Nšo-či

In less than a month, 15 - 18 August, the highest Czech mountains will welcome the iconic festival, the legendary Trutnov Open Air, nicknamed by the insiders the Czech Woodstock or the Old Man of all festivals. Knowledgeable know that its origins date back to the years of communist regime in 1984 and 1987, when the festival was broken up by the state police. This year we have are again invited our red brother to participate at our festival with the underground roots. Of course that when we say “Red brother,” we do not mean the one that arrived in tanks in August 1968, but the red gentleman arriving with the message of peace, headbands and feathers – the movie Apache Chief Pierre Brice. After five years, Winnetou returns to our foothill camp! He won’t be alone as he is also bringing his sister Nsho-Tshi. 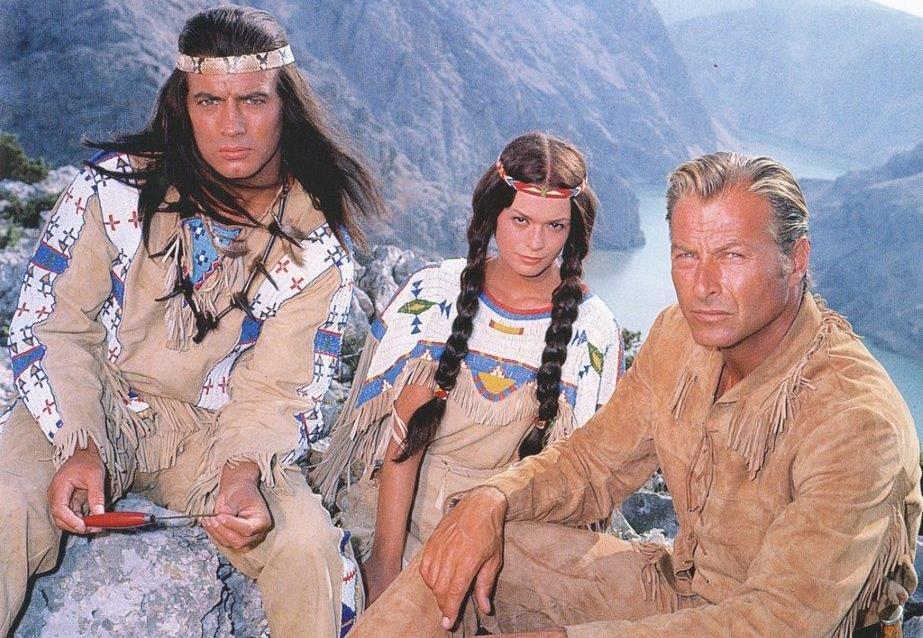 "The one who united the foothill and mountain tribes as well as those coming from the south, the north, the lowlands and from the areas of large lakes five years ago and who lifted the whole festival camp returns to strengthen our plotter meeting and to give our highland tribes courage to prepare for their departure from the battlefield," sounds from the wigwams of the festival dedicated to the victims of violent post-war expulsion, which itself faces displacement. Trutnov town government allocated the land that had hosted the festival for twenty-three years for development. The first concrete building with a parcel logistic centre has already been erected in the place where one of the main gates used to stand. 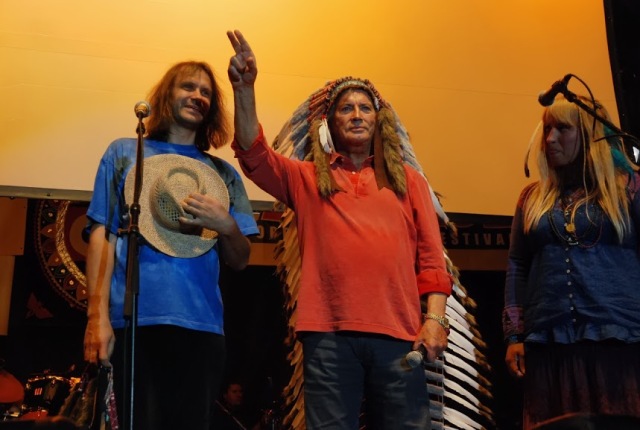 Winnetou has already visited Trutnov once and his unusual appearance on the main stage caused a vigorous wave of emotions. Back then when asked whether he knew what he was putting himself up against, he replied: "No, I really do not know what awaits me there. I am very curious, but I'm sure I'll like it - if it is not too loud." Well, his welcome was really loud. Upon arrival at the backstage he was surrounded by a crowd of people of all generations and different appearance, ranging from boys and girls with dreadlocks, shaggy, long-haired or bearded individuals, to straight guys and grandmothers. For a moment, Winnetou hesitated to leave his cart. "Martin came running to him, stripped of his top, and started to open the car door. Winnetou was surprised and frightened and carefully closed the door again. Everything was hectic but friendly at the 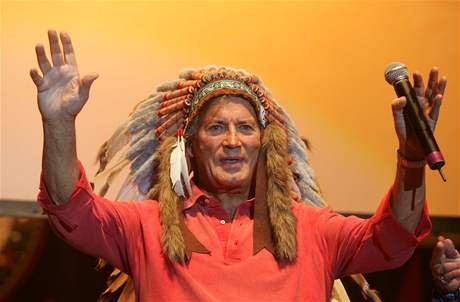 same time," recalls the squaw Evi Lipová from the foothill wigwam. A few minutes later, Pierre Brice got a strong hearty welcome on the stage from you - several thousand squaw and fellow warriors, who spontaneously began to greet him with an Indian cry, placing their hand on their mouth. "It was such a frenetic, crazy, plotting and strong warrior cry that is hard to describe it, you have to experience it. When we were reaching the stage, which was immersed in darkness, only with the iconic soundtrack sounding from the speakers, Winnetou was visibly nervous. I think that only when Winnetou saw himself riding a horse on the big screen, he realized that we really meant it seriously," sounds cheerfully from the Geronimo wigwam.


Trutnov Woodstock has experienced a lot 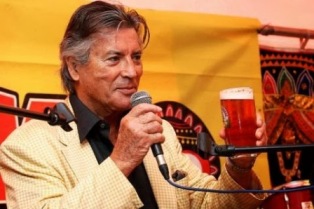 The Czech Woodstock has a unique atmosphere, novel dramaturgy and its excesses predetermined the look of domestic festivals. It has established the tradition of inviting non-traditional guests. The Trutnov festival has already experienced a lot. Petr Novák in the mid-nineties, when he did not perform at festivals. The comedian Felix Holzman, appearing on one stage with Faith No More. Incredible concert of Waldemar Matuška in 2002, two appearances of Marta Kubišová and the Queen Eva Pilarová and her royal kitchen, where the queen was cooking for her devoted warriors, squaws and the peasants. Return of Václav Neckář in 2001 or Banjo Band Ivana Mládka in 1995. However, the visit of the Red brother Winnetou had a completely different dimension. It was strong, shamanic and magic. It culminated when his Indian feather headband was put on his head and he used the typical Winnetou greeting. "I was standing next to the Apache Chief and saw a tear flow from his eye. In the front row, young and old alike, including my parents, were wiping their eyes. We were all deeply moved. Winnetou just stood there and watched what was going on. Then he had a speech ..." Martin Věchet alias Geronimo recalls the visit of the red brother. Since then, the portrait of the Red brother Winnetou, together with our Chief Václav Havel and the Queen Eva Pilarová, decorates our website.


Winnetou brings his sister Nsho-Tshi of the Apache tribe

What will happen this year, no one knows. One

thing is certain. This year's visit will be even stronger and more precious as Winnetou alias Pierre Brice brings his Apache sister Nsho-Tshi, a French actress Marie Versini. It will be her first visit to our territories. Brother and sister side by side. They are going to spend two days in our camp and you will be able to even meet them at a short discussion in an enlarged underground tent of IMM Jirous. This year the festival will therefore welcome Nsho-Tshi, too. "Her name was used for a band founded by a veteran leader of Hudba Praha and Jasná páka Michal Ambrož.. Nsho-Tshi is a symbol of purity and Indian beauty and her movie impersonator Marie Versini still has Indian culture in her heart. What does it matter that the Apache Indian women usually look a little different ... " drums out Martin aka Geronimo, who was given an Indian name Black Elk Warrior during his stay with Canadian Indians of the Oubaway tribe. 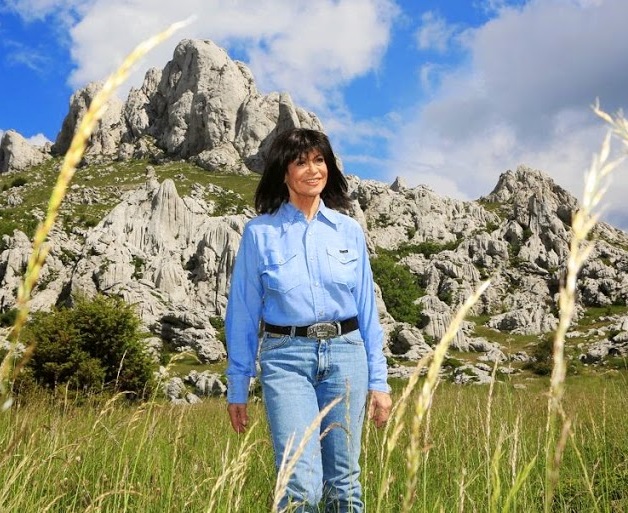 She knew that she would become a Winnetou sister Nsho-Tshi from the early childhood, when her father read stories of Karl May to her. She wore an Indian costume for the first time to celebrate her seventh birthday. "Even then I knew that I wanted to be Nsho-Tshi and my dreams came true. Filming with Lex Barker and Pierre Brice was unforgettable experience for me, " Marie Versini described in one of her interviews. Today, Marie "Nsho-Tshi," among other activities, produces T-shirts with Indian motifs, designed by her recently deceased husband. She is always close to horses, too. Moreover, we found out that we share the same dogs running around our tepee. Not quite a usual breed. Blood friendship has been confirmed ...