TrutnOFF is getting heavier. Krakonoš will have the lids on his pots jumping up again. We can be looking forward to a metal band Fear Factory and Jaroslav Uhlíř, too.

After the exaggerated wave of interest around the “moccasins vs. low shoes” meeting during the filming of the documentary film “Milda” and with the ending of blossoming flowers month we are announcing more bands, this time also from the metal and folk world. The previously announced singer Jake Bugg and fresh electro swing Parov Stelar will be accompanied by a metal band Fear Factory on one hand and Jaroslav Uhlíř on another. We are also announcing more domestic bands. Open Air Festival TrutnOFF, or the Czech Woodstock, as our oldest gathering of its kind in the country is also dubbed, will take place in the foothill camp of Bojiště from August 18th to 21st. This year’s festival is dedicated to the would-be 80th birthday of Chief Václav Havel and it will be launched on Thursday, August 18th, by one of its stars, a popular British singer-songwriter Jake Bugg and his band. Ticket now costs 1,400 frog skins and can be ordered HERE.

Metal vs. Folk - Battlefield will dance, sing, and the lids on Krakonoš´s stove will jump up again.

Hi! In the last May days of blossoming flowers we are bringing the spring message and we are drumming out other bands that will enrich our Summer TrutnOFF Pow-Wow in the month of grain. After the recently announced Parov Stelar, who will represent this year’s dance-freak moccasins we are getting a bit heavier. Fear Factory are coming to please the red soil with their heavy rhythms. The lids on Krakonoš´s pots are most likely going to jump again.

It is known that some “heavy refreshment” has always been linked with Trutnoff Open Air festival and that its tolerant audience that comes under the mountains accepts it with gratitude. The fact that alternative, ethno, reggae and underground bands and folk singers perform next to metal bands that are like from another world had already become a tradition. Concerts of bands playing heavy music and various offshoots of metal simply belong to the customs under the mountains. This year, the role will be given to the representatives of industrial metal Fear Factory, who are arriving not only to lift the lids on Krakonoš´s pots, but also to move the foundations of concrete buildings that are swallowing the festival meadows and cutting off the land designated for building development by the town hall. They will have more followers to be announced in the coming days.

Hard bands have been well established under the mountains since 1997 when the famous Faith No More stepped on our renowned red soil. In later years, Krakonoš´s boiler was duly fired by Sepultura, Motorhead, Soulfly, Cradle of Filth, Moonspell, Arch Enemy, Cavalera Conspiracy, Suicidal Tendencies or the world famous Korn. Also Fear Factory have already premiered in the foothill camp in 2001.

Fear Factory - a return to the crime scene after fifteen years 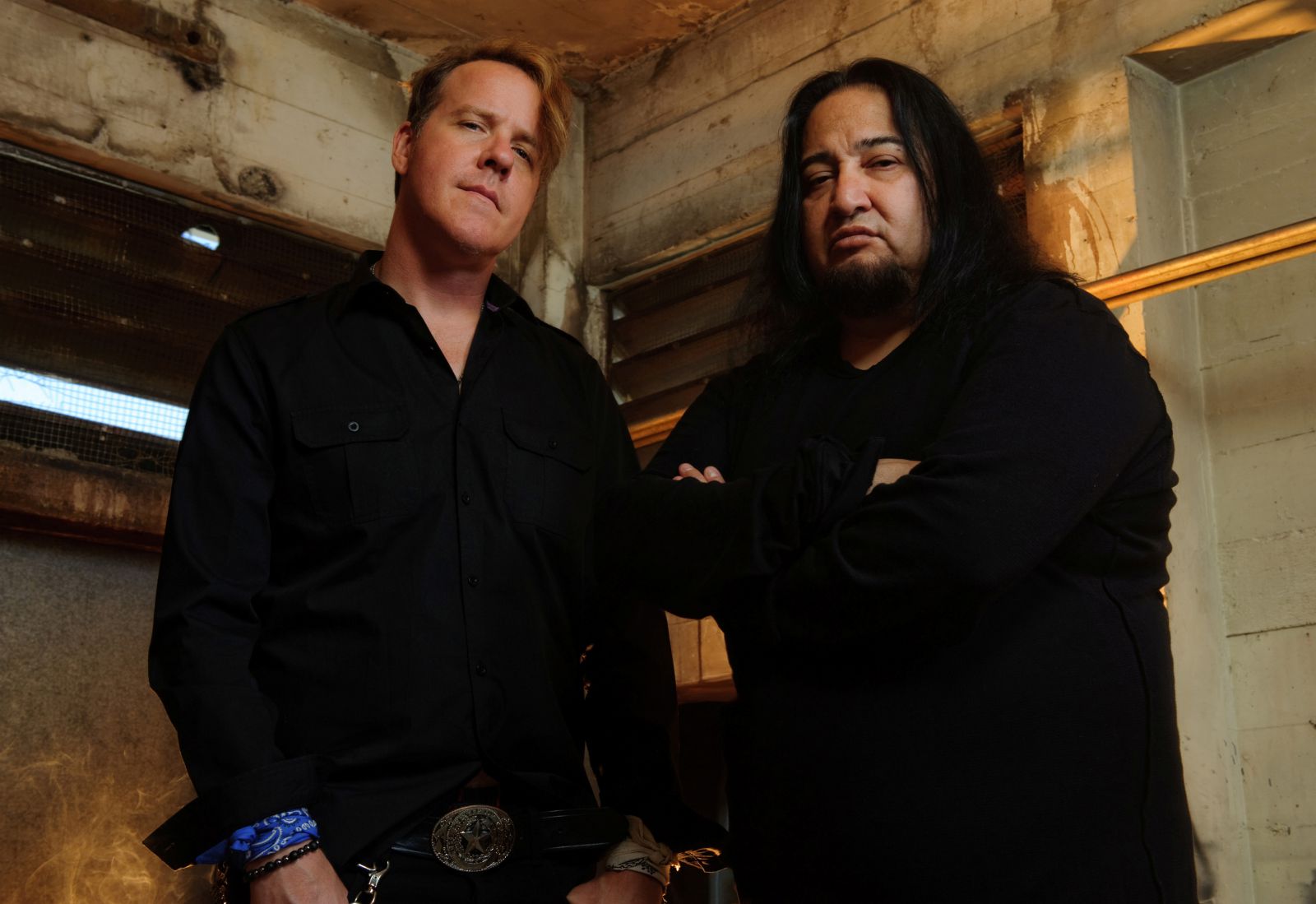 Fear Factory of California return to the scene after a long 15 years when they tasted their Czech Woodstock premiere. Some may remember their gig as little marmots wrapped in scarves of their mothers or trying to see the world from at the feet of their parents. Since then, many of our co-warriors and squaw have grown up to the age of careful mothers, brave warriors and scouts who come to our camp with their own offspring. “When Fear Factory arrived, Mom rather took me and my sister to my grandmother's cottage ten kilometres from Trutnov for babysitting. But I remember that you could hear their concert even there in the room. This year I cannot wait to hear them live and not just from echoes through the woods,” recalls a squaw of the Geronimo tribe, Marta, one of the descendants of the founder member of the meeting and a member of the band Marta and Rasputin.

Who are Fear Factory? American metal legends Fear Factory celebrated 25 years of existence last year in their full artistic freshness that was not broken even by a temporary leave of their distinctive and unmistakable, not only for his skills as a guitarist, Dino Cazares. When in 2001 they played on the battlefield under the mountains for the first time, his days in the band were slowly shortening. But he became a Fear Factory member again in 2009, and together with him the group regained its original spirit and energy.

Fear Factory are one of the pioneers of death metal convergence with industrial and as one of the first formations of this kind they began exploring the potential of advanced electronics in recording and live performances. Last year they also commemorated the twentieth anniversary of the release of their breakthrough album Demanufacture in the best possible way. They came up with a new record Genexus, which in many ways develops the legacy of the recording that belongs among the key ones not only for Fear Factory, but for the whole of the modern metal scene. It is assumed that both albums will form the backbone of this Trutnoff performance. “Again, you can look forward to Cazares killer guitar riffs, machine-shattering drumming attack of two bass drums and a phenomenal alternation of clean singing with brutal growls, indelibly engraved in the history of heavy music by the front man Burton C. Bell,” said music publicist Petr Korál about the Fear Factory concert.

The festival, which is known for its diversity, tolerant audience and visitors from social and political life, will also host Jaroslav Uhlíř with children's songs known for Zdeněk Svěrák´s lyrics. The kind “Man in a straw hat” returns to the scene after last year when we the whole festival sang along, including security guards under the stage. The announced foreign bands will be accompanied by domestic bands which also symbolize the genre span of the festival: Monkey Business, Hudba Praha and Michal Ambrož, Cocotte Minute, Jelen, UDG, Čankišou, Echt !, Sto zvířat, Petr Váša and Ty Syčáci, Status Praesents, Prague Conspiracy, SPS, Poletíme, Záviš, Mama Bubo, Voxel, Locomotive, Ivan Hlas & Trio and others. After several years is returning Švihadlo or Mama Bubo, who were at the foundation stone of the Festival in 1984. In contrast, the festival will first present the Slovak band Queer Jane.

Tickets can be ordered at www.festivaltrutnoff.cz/entickets. Current price is 1,400 skins, order 10 tickets and get 1 free. Newly you can purchase tickets in a formo f an e-ticket, which just makes it all easier. Camping and parking in our foothill camp is free!

“So, hopefully we will enjoy the sun and all other gifts offered by this friendly meeting under the mountains.“ See You Later...!