We are announcing another of the main bands. The moccasins of the squaw and warriors in the foothill camp at Na Bojišti will be made to dance by the electro swing Parov Stelar.

The last remains of snow are disappearing from the mountains and that is the time when our foothill tribe drums out another of the main bands of this year’s Pow-Wow, TrutnOFF Open Air Festival. The festival is taking place in the traditional term of 18th to 21st August. “The hearts of the tribe squaws and warriors in our foothill camp will be pleased and the moccasins will be made to dance by a group that dressed their style in elegant tuxedos and swing dance halls of the thirties - the electro swing Parov Stelar. We are announcing the group, which is currently at its peak and very popular both in our lands and abroad," sounds from our mountain and southern wigwams. Traditional music festival is dedicated to the 80th birthday of our Chief Václav Havel and begins on Thursday, August 18th, when it will be opened by another star Jake Bugg at 7 o'clock in the evening. 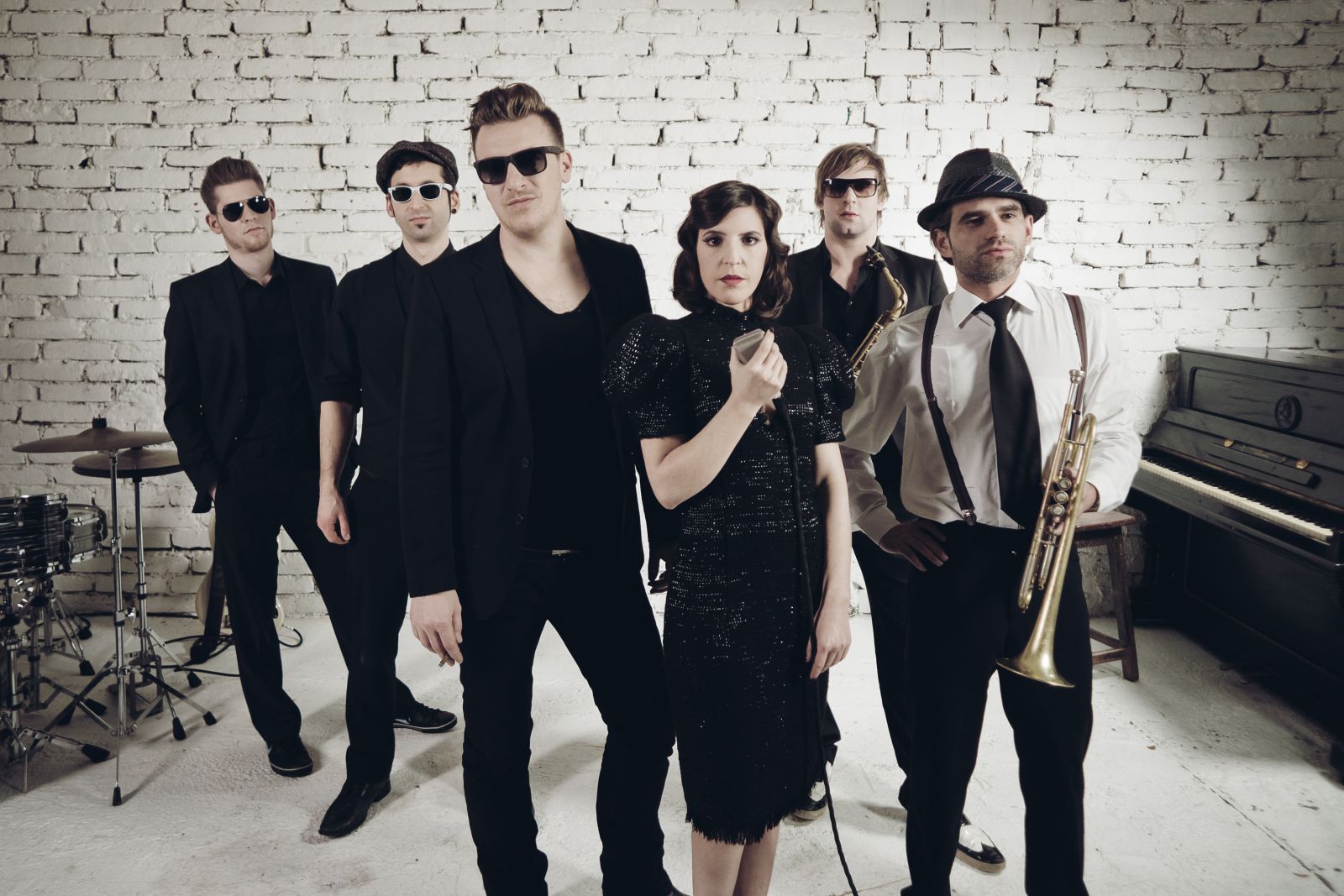 There are no doubts regarding the current popularity of Parov Stelar, another of the major bands of this foothill meeting. The band is now at its peak and this summer it will appear as one of the headliners of many large and prestigious European festivals. Its popularity is confirmed by crowded Prague's sports hall at the beginning of the year or quickly sold out shows in Brno and Bratislava. Our camp, the legendary Trutnoff that usually offers refuge to rather different styles than electronic and that prefers alternative styles, is welcoming a band that caused a worldwide wave of electro swing. It has a large variety of fans and wins the sympathy and support of both young and older audiences by its own character based on swing music from the 1930s combined with modern elements. Their combination of electronic music with jazz, house, electro, break beat, live instruments and horns dressed in the swing elegance has its unmistakable atmosphere. We believe that it will touch you as well…

Today, Parov Stelar has more than one million fans on Facebook and hundreds of millions views of their recordings on the Internet. His compositions have been used in more than 700 musical compilations worldwide and appeared on numerous TV shows, series and movies. There are also dozens of commercials with his music.

As you know, we usually do not notify the days and times when individual bands are playing. You can usually find out on the spot from the Festival samizdat. In this case, again, we make an exception which has become the rule in the last three years in case of major international bands. Parov Stelar will build on the last year's successful finish of the festival when the icons from The Prodigy made the whole foothill camp dance and they will close the festival on Sunday, just like their predecessors. Actually, it was The Prodigy appearance that initiated a debate whether music with electronic elements shall have its place at a festival with roots in the underground.

"After last year's The Prodigy and their great gig at the end of the festival we continue in the tradition of expanding the diversity of the festival with a band whose music comes from the noble times and which has its roots in the dance salons of the 1930s. All this mixed with modern electronic dance elements. Parov Stelar, who dressed its style in the elegant swing tuxedos, will be a nice full stop behind this year's celebrations. They will come up at the end when everything will be escalating, and their concert will be the culmination of the party and the whole summer meeting. This will happen on Sunday, the "occupation" day of August 21st," echoes from our wigwams.

One of the main stars will open the festival on Thursday and another one will close it on Sunday. Jake Bugg and Parov Stelar will create an imaginary linking arc between the opening and closing time of this year's Pow-Wow, where in four days under the mountains bands of totally different musical focus from metal, through the singer-songwriters, folk, underground, ethno and electronics to final electro swing perform next to each other. Just as our Chief liked it with all the paradoxes and similarities.

As you surely know, electro swing is nowadays a very popular style, which is musically young and fresh and the birth of which was helped by now forty one year old Marcus Füreder, performing under the stage name of Parov Stelar. This at the present probably internationally most successful Austrian artist comes from the third largest city in Austria, Linz. The young man from near the Danube dressed in a suit and rode a cream-colored Vespa. He started as DJ Plasma in Austrian nightclubs, and his main focus was techno and minimal style. He also liked the old recordings and is a big fan of jazz, swing and blues or soul which was positively fatal for him. He started experimenting and creating interesting mixes of all his favourite styles. Then, when a record of famous jazz singer Billie Holiday skipped on the record player and started repeating the same passage over and over again, the idea was born. He linked the song with distant musical directions, gave it a slightly different rhythm and Parov Stelar was on the way to his birth and the world closer to a small discovery called electro swing. When he sent his demos to record studios, he got so many negative responses that he could have confidently wallpapered his bathroom with them. So he later did.

Since then Parov Stelar Band played many concerts around the world. They sold out Playstation Theatre in New York and Brixton Academy in London, the Zenith in Paris or Columbiahalle in Berlin. In December they sold out concerts in New York and Washington again. The band has also played at major festivals around the world and is now preparing for more concerts overseas as well as at dozens of European summer festivals. One of them will be TrutnOFF. This may be interesting since fans often come to their gigs dressed in costumes from the thirties. "I like this. Ever since childhood I've loved similar style and old recordings," we have recently heard from Marcus Füreder aka Parov Stelar. And we like it too ... 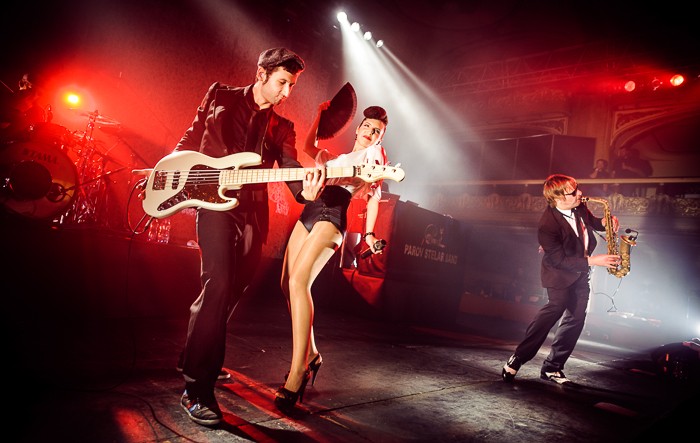 In 2003, still as Marcus Füreder, he founded the label Etage Noir Recordings, under which Parov Stelar Band still produce their records. Even the first release, the EP "Kiss Kiss" and subsequent album "Rough Cuts" released in 2004 brought him success even on the electronic music scene. His unique sound and unorthodox combinations of musical styles has made him a star of the emerging electro swing scene with a large fan community. He has collaborated with Tony Bennett & Lady Gaga, Marvin Gaye, Lana Del Rey, Brian Ferry and others. In May 2015 he released a studio album The Demon Diaries.

Tickets can now be ordered on www.festivaltrutnov.cz/vstupenky. Current price is CZK 1,400.-, when you order 10 tickets, the 11th is free of charge. Newly, tickets can be purchased in the form of e-tickets along the possibility to purchase in brick pre-sales or mail-order. Camping and parking in our foothill camp is free of charge. 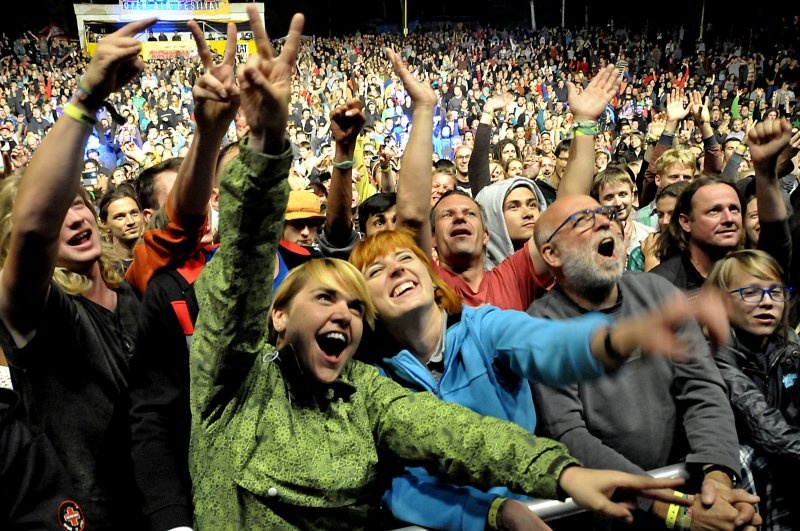