TrutnOFF is happening and we also know the term! Even though it seemed that the "Old man of all festivals," as the oldest show of its kind in the country is nicknamed, would stay silent and let the land, sacred soil, us and you rest for one year, it was finally decided that everything would be different. TrutnOFF Open Air festival with exceptional tradition, turbulent history and present, will be held in the traditional term of August 18th to 21st. The insiders know that the festival is unique also thanks to the fact that every year it is dedicated to someone or something or that it  responds to current social affairs. This year will be no different. 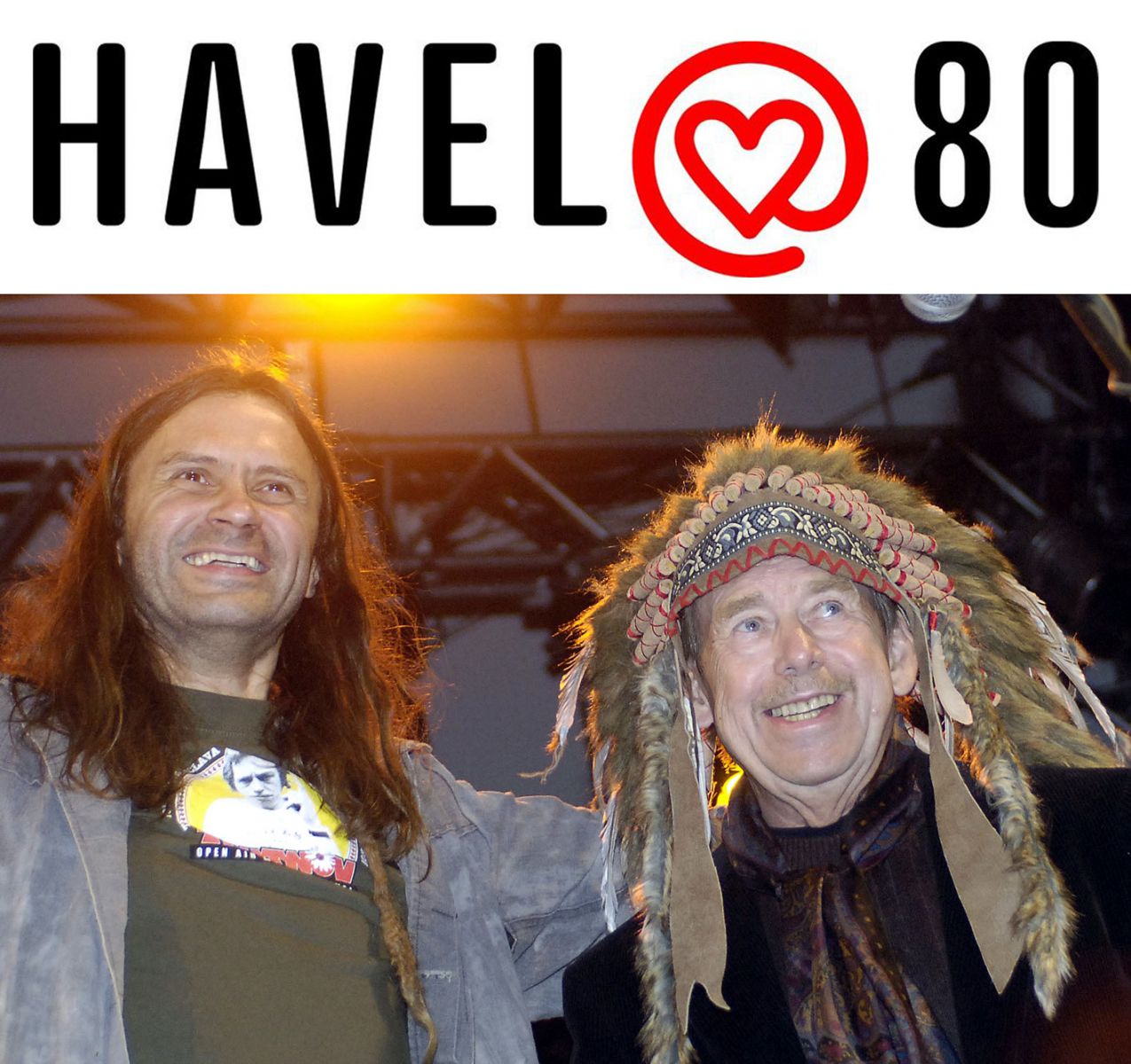 We decided to hold this year's TrutnOFF Pow-Wow primarily as colourful celebration and dedicate it to would-be 80th birthday of our Chief Václav Havel. It will be organized in cooperation with the Václav Havel Library and the Indian Wakan-Tanka will be heard again over the battlefield and its foothill camp.

Wakan-Tanka will sound again over the foothill camp!

Even three months ago it seemed that we would take a break after the last year’s performance of The Prodigy. We told ourselves that it is a good idea to stop at the best and give the land, the people and ourselves a chance to rest. But this year’s dedication was a challenge and the appeals and requests of our cronies were stronger. Since December we are always hearing nothing other than if, when and where.

"We are orphans, but the presence of our Chief and his spirit is felt at every meeting. His face will be the part of the festival as long as it lasts, at least in this territory. And just as colourful the chief feathers are, so will be this year's program. “Just as our chief liked it,“ sounds from our wigwams, next to which on the main stage Geronimo decorated Václav Havel with an Indian headband and proclaimed him the Chief of the festival tribe in 2007. "Thank you for your warm welcome. I am very surprised and touched by the tribute that I received, "  Václav Havel said.

During the month of grasses we will begin drumming out the first tribal groupings invited to our sacred fires to warm many a soul and make our moccasins dance. The program uncovers a few fragments: a band from New Zealand will arrive as well as various bands from Europe and America. Hard bands, contemporary folk acts, but also brass bands or bands with modern electronic and dance rhythms. Naturally, there will also be artists with underground roots. The accompanying program will be prepared in co-operation with the Václav Havel Library. We will not avoid debates on immigration issues. "We certainly disagree on the subject of refugees with the current tenant of the castle," we comment.

Václav Havel and the Old Men of festivals

Václav Havel has been associated with TrutnOFF Open Air festival since its beginnings and the oldest show of its kind would probably turn a slightly different page without him. He attended the festival as a dissident, a president and as a citizen. As it is known, the roots of the forefather of local music gatherings date back to the mid-eighties. Then both first festival meeting in 1984 in Staré Buky and later in 1987 in Volanov near Trutnov were scattered by the communist secret police. The organizers were arrested, sometimes with bands and each time Václav Havel was invited and nearby. And he always helped. First in 1984, he offered the participants a refuge at his cottage in Hrádeček. "When the secret police arrested us and scattered the festival, Václav invited about a hundred people from all over the country to Hrádeček, most of who did not know him and might not really interest him. I do not know who else would do it back then or even now. What more – with secret police at his back? Later, most of the back then guests who managed to sneak to Hrádeček through the police siege acknowledged it gratefully. The party was described as a much more intense meeting than “just” a concert of several bands in a Staré Buky pub, and long after many thanked us in fun for how well we had arranged it with the secret police," the founder Martin Geronimo Věchet describes the beginnings of the festival. Three years later, when the secret police dispersed even "The East Bohemian Woodstock" and the land was splattered with manure, the organizers Čuňas and Geronimo were helped by Václav Havel again. "When Austrian and French TV crews arrived, the police aggression escalated. Nobody knew what was going to happen. After our arrest the technical equipment remained at the mercy of its fate and Václav Havel secretly hid it in a barn at Hrádeček. It was so conspiratorial that I only learned about it a few years later, from the Chief himself," Geronimo recalls from the tribe chronicles.

The atmosphere of togetherness

The festival and its initiators were supported by Václav Havel even after the Velvet Revolution and basically until his last breath. He used to come to the festival from Hrádeček with friends or with his wife Dagmar, and when he was not able to, he would regularly send greetings to the festival tribe and later when he became the Chief he used to send messages. "I like the local atmosphere of togetherness, understanding and unity," said Václav Havel, who also supported the organizers when the local council decided to build up the surrounding land needed for the festival. "I hope that the festival will not be destroyed by urban development just like the Russian tanks destroyed the Prague Spring," he expressed his concerns about the future of the festival and called for a boycott of the planned supermarket being built on land where the festival takes place since 1990. In 2009 he even took part in drumming on cans with prank underground band Jack&Grease. When he was awarded a Trutnov prize, he wanted to receive it at the festival, but a local mayor impolitely refused it. "If someone takes the time to visit the festival, they could also find an hour to take the honorary citizenship at the town hall. And if not, then both awards will be packed and sent to Václav Havel simply by post. It will be solved then," he said. When Chief Václav Havel had a discussion at the festival, it was so packed that you were not able to move. He patiently answered all young people on any issue. "I think that for many centuries there has been one Russian problem that Russia does not exactly know where it begins and where it ends. Although it is the largest country in the world, it feels to be a bit small and threatened by those tiny surrounding neighbors" said Václav Havel on the topic of Russia.

Tickets can be ordered now on tickets@festivaltrutnov.cz. The current price is CZK 1,400 and when you order 9 tickets, you get the 10th free of charge. Camping and parking is free in our foothill camp. . 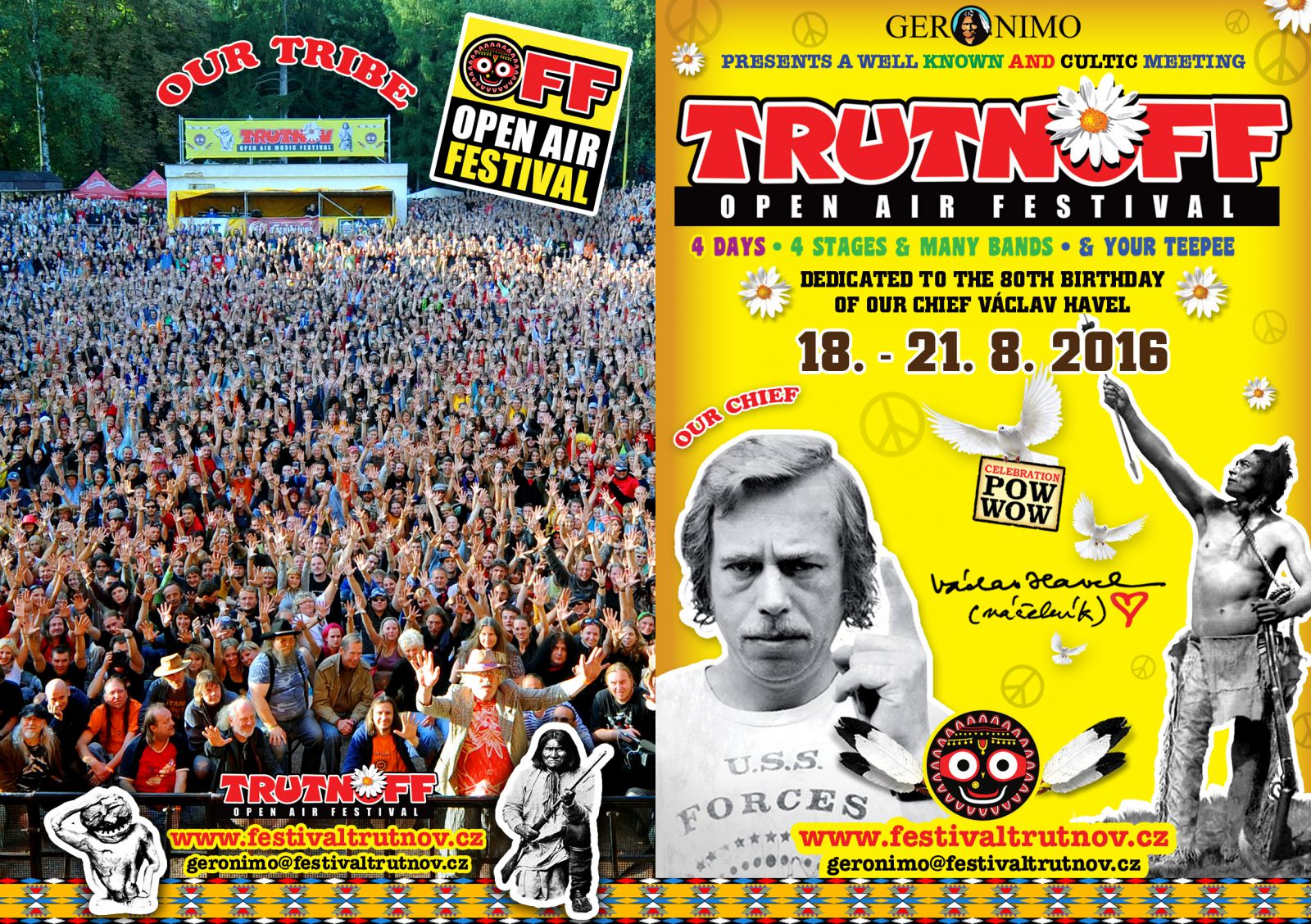