Woodstock Trutnoff is getting heavier. Cradle of Filth and Kreator are coming

We are getting heavier. Metal bands Cradle of Filth and Kreator are coming under the mountains. It has become sort of a tradition that the Czech Woodstock, which will be held August 14th to 17th, welcomes not only alternative and underground bands and folk singers, but also heavy bands that seem as if from another world. They are well received, too, just like Jiří Schmitzer or the Queen of the festival Eva Pilarová. This time two bands arrive to vibrate our territory. Cradle of Filth and Kreator will try to shake the lids on Krakonoš´s pots and move the foundations of the new concrete structures that are taking over the festival meadows and slicing off its land. Legendary Kreator, which along Destruction and Sodom is one of the big three of German thrash metal, is known to everybody, at least by the name and from the patches with their logo. The Cradle concerts are a metal theatre, in addition with a Czech drummer, who had become a regular part of the band. Both bands have their stories, just like our festival meeting. 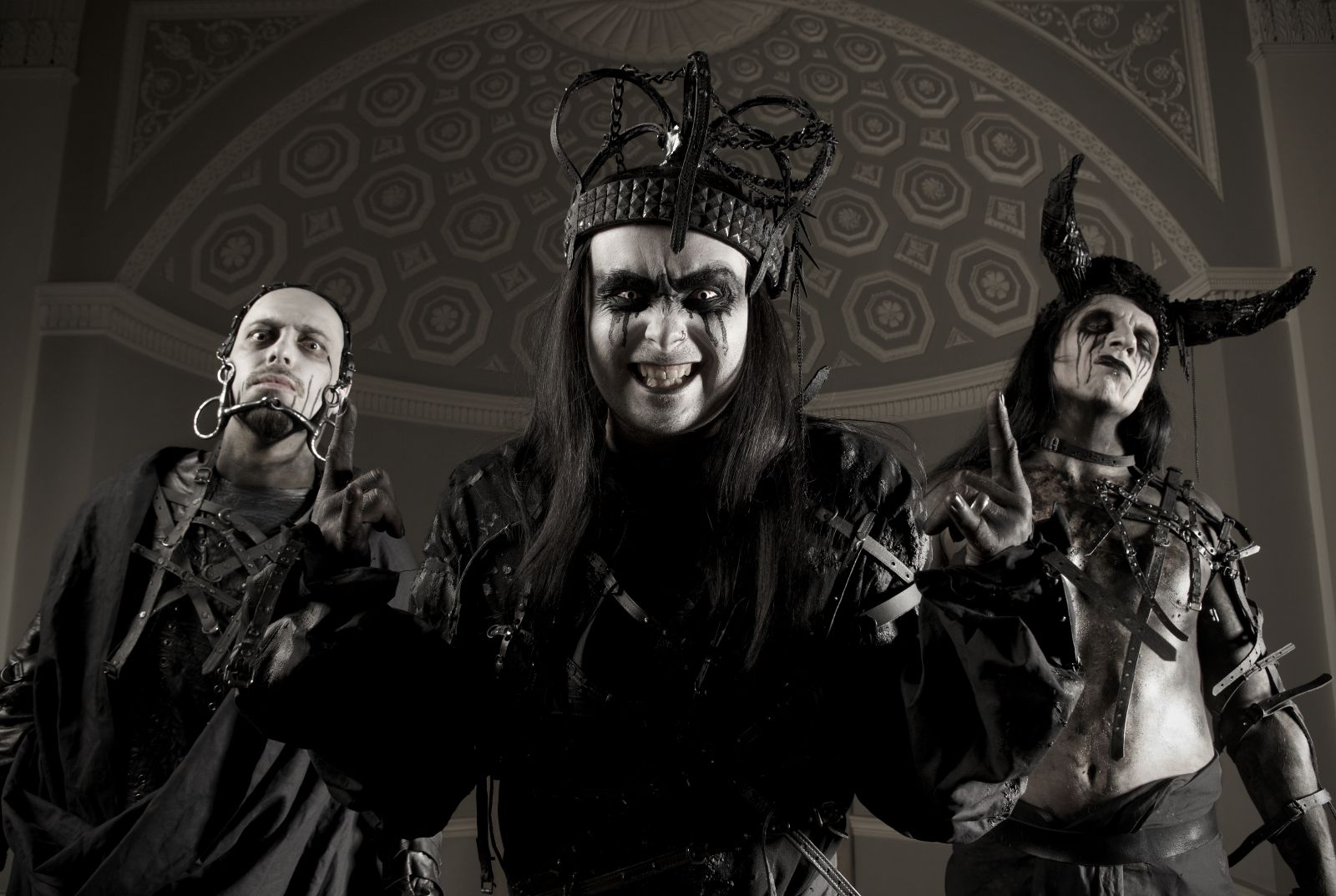 Krakonoš´s lids in the mountains are going to shake again…

It's been a well established tradition that in our conspiratorial meeting program there are also damn hard bands that racket on the stage so that it shakes even the lids in Krakonoš´s kitchen. But this time the Lord of the mountains should be extra careful because Trutnoff is going to welcome two world-famous bands that play really extremely heavy metal: British CRADLE OF FILTH and German KREATOR! Bands whose performances will continue with the tradition of big bands such as Faith No More, Sepultura, Moonspell, Fear Factory, Motörhead, Soulfly, Cavalera Conspiracy, Arch Enemy and Korn, all of which could have been seen at the festival in the past. 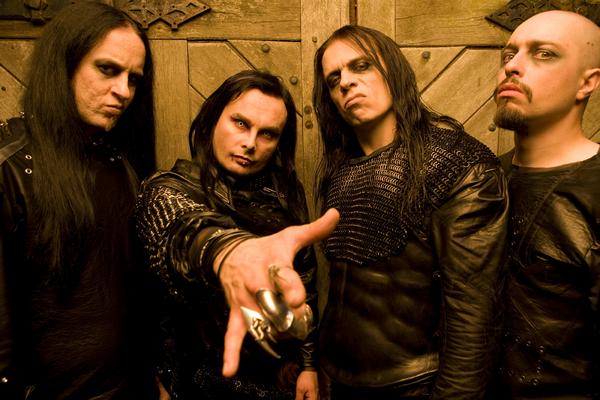 Cradle of Filth will be quite possibly the darkest band ever appearing in our foothill camp. This band led by the demonic vocalist Dani Filth was established in 1991 in Ipswich and it was initially dedicated to extreme death metal. However, its style was soon directed towards less extreme black metal with strong symphonic features. Cradle Of Filth were one of the pioneers of this subgenre, and later with their second album Dusk ... And Her Embrace (1996) they became one of the most significant rising young metal bands at the time. They significantly influenced thousands of followers and admirers worldwide, among others also a young drummer Martin Škaroupka from Brno, who then started his study at musical academy and whose classmates remember how he adored the Cradle of Filth and wore their T-shirt. Since he was not only an extremely talented, but also a determined musician, 10 years ago he set out to try his luck in England, where in 2006 he won the casting for the vacant drummer post in his favourite band! He uses a stage name Marthus and he gradually settled in so well that he now also records all the keyboard parts and also contributes significantly to the process of composing and arranging. “The Cradle of Filth music gradually develops; however, it keeps its typical attributes: speed, hardness and specific, one might say twilight atmosphere and mystical secrecy. You can trust me that the performance of these warlocks with made-up ghostly faces in Bojiště covered with the darkness will not be for some wimps,” says the music journalist Petr Korál about the hard part of the Czech Woodstock.

The legend of legends. Seven years older than Cradle of Filth is in the metal world extremely famous and respected band Kreator that together with Sodom and Destruction is one of the big three German thrash metal bands. They created the specific German thrash school, while overseas this music offshoot was formed by the bands like Metallica, Slayer, Overkill, Anthrax and Megadeth. “Kreator records such as Endless Pain, Pleasure to Kill, Terrible Certainty and Extreme Aggression were truly their style-creating achievements and at illegal flea markets in back then Czechoslovakia, their LPs were among the most sought after. Quite often illicitly manufactured patches with magical KREATOR logo adorned every third denim jacket of the back then long-haired metal youngsters. The band managed to survive the nineties that were not in favour of the “classic” metal in good health and at the moment they are enjoyin unexpectedly strong wave of renewed interest in the good old thrash,” says music journalist Petr Korál. The fact that this extremely fast and uncompromisingly aggressive music is not dead at all (after the last year’s performance of the local legends Debustrol) will be confirmed at this year's Pow-Wow. As a proof our foothill camp will receive a dose of hard thrash metal vibration (and we believe that also some extras). Vivat Trutnoff 2014 - Czech Woodstock, vivat honest rhythms and glory to all! 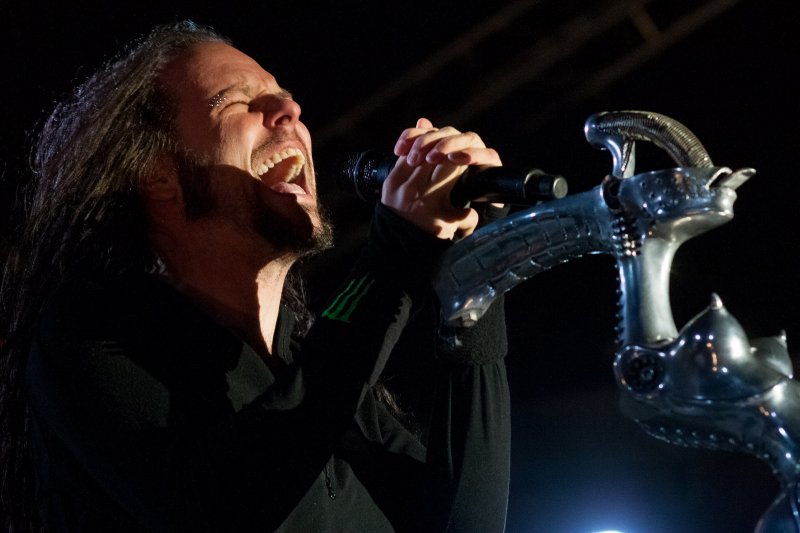 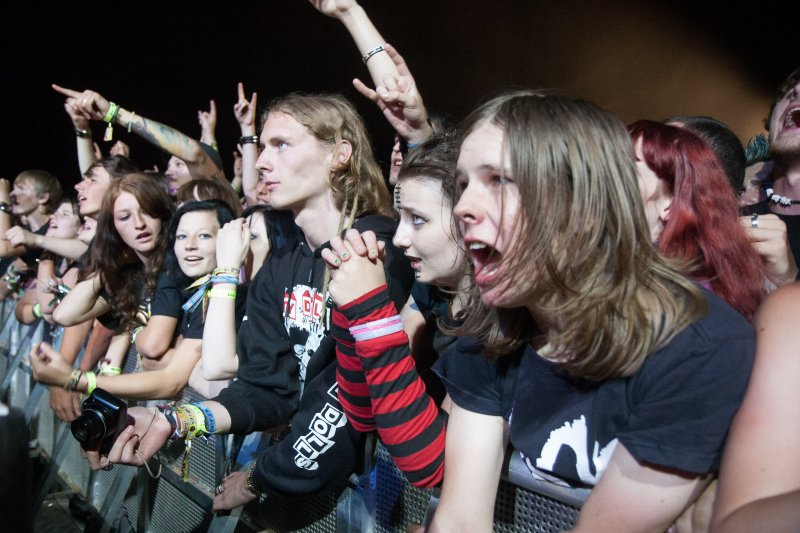