"With the coming of spring in the month of crows we drummed out other bands of this August meeting. To commemorate the 30th anniversary of the festival, our moccasins will be brought to dance by SKA -P. We believe that not one foot of the squaw and our co-warriors in the camp will remain at rest and after months of hunger it will please many a heart. „As you know, the oldest music festival renamed to Trutnoff Open Air - Czech Woodstock this year, due to the building up of the land on which it has been held for twenty-four years and will celebrate thirty years since its start. It will take place on August 14 to 17. We have also started ticket pre-sale. Ticket price is now CZK 1.100 and tickets are distributed on delivery. You can order them on the festival website or by email at vstupenky@festivaltrutnov.cz . As is already an age-old custom at Woodstock Trutnov, when ordering 10 tickets, the eleventh is free. This remains the same. In addition to the recently announced punk shaman Patti Smith, the Spanish Ska -P are another headline of this year's meeting in the foothills. 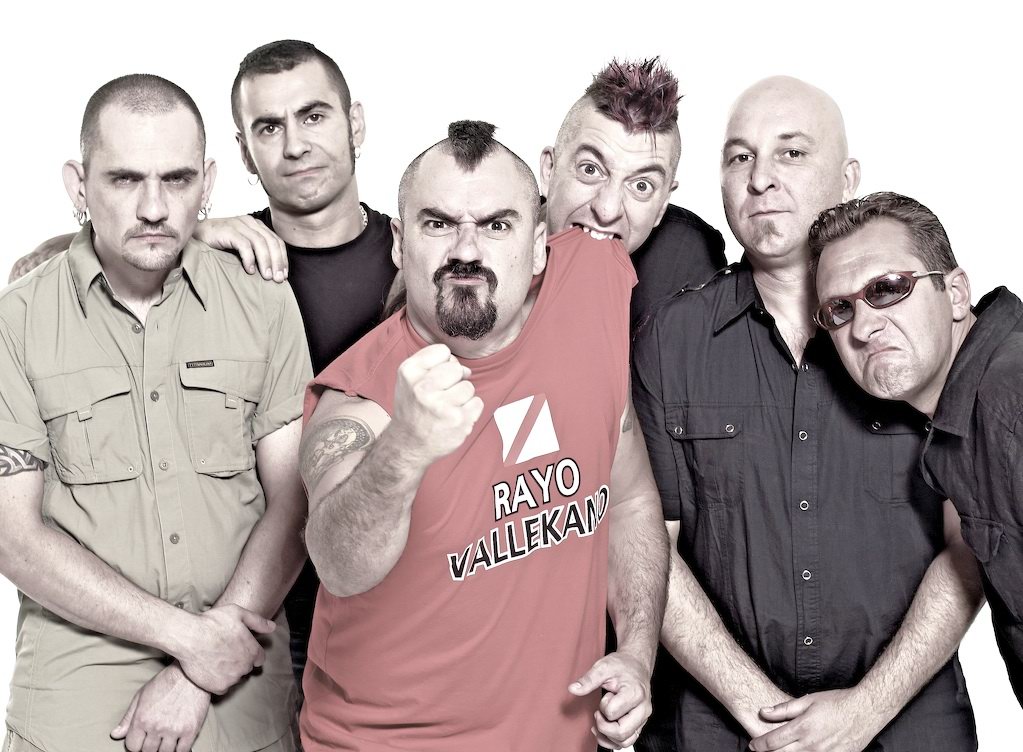 Even though the Spanish Ska -P are not spoiled by the media – they can not be heard on the radio and you will not find articles about them on the front pages – they are very popular in our homeland and in the rest of Europe.

The fact that the Ska -P are very popular in our territories is evidenced by their sold-out concerts. Four years ago, the venue in Prague had to change several times from smaller space to a big hall. "When we organized the first Ska -P concert in Prague in 2009, we really did not know how popular the band is here. The originally planned venue for the concert moved twice. Capacity of 2,500 people was sold out within 14 days. Another area sold out in the following month and the concert was finally held in the Tesla Arena with over 10,000 people coming to the concert. But when we saw the band live, we had to admit it deserves it ," recalls Cuba Siňor of Mighty Sounds Festival. 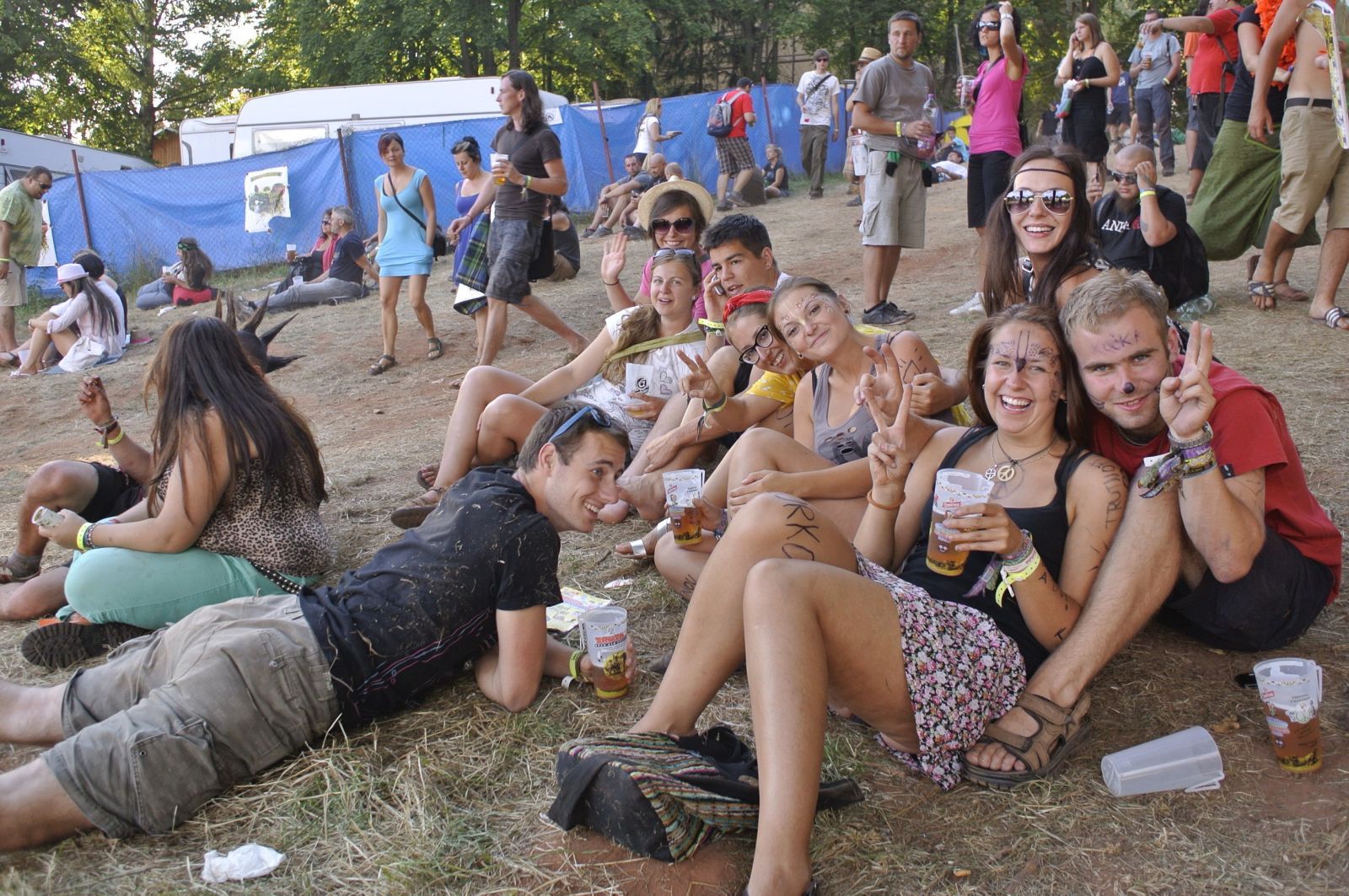 Ska -P are known for their socially critical lyrics and revolutionary views. The topics of their songs are human rights, the abolition of the death penalty and social injustice, anti-fascism or anti-Zionism. They are for the legalization of marijuana and animal rights. They call for the abolition of bullfighting, which is not easy for a band from Madrid. Questionable are their left-wing views, but what is important is their music. Concerts are in the truest sense of spontaneous and energetic show without pretentious and pompous glitter and giant projection. In the veins of Ska -P runs the hot Spanish blood and it shows on stage. The band would have lasted only with its vigor. Ska -P say about themselves that what matters is their sound and that is their trademark.

In 2013, after a five year break, the band released a new album "99 %." They continue with their criticism of contemporary society and economic domination of consumerism. Ska -P call upon fight to change the current conditions and for the revolution. Musically, this album is a mix of the rock power, punk aggression, relaxing reggae and ska rhythms.

Trutnoff and the Ska –P revolutionaries 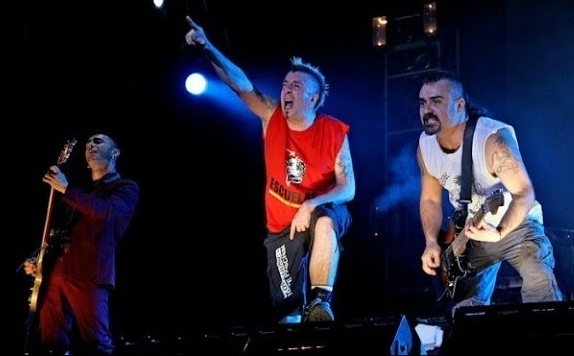 Yes, human rights, animal welfare, legalization of marijuana, protests against bullfighting but also revolutionary chants with simple rhythms – that is Ska -P. Their invitation fulfils one of the frequent desires especially of younger squaw and co-warriors, who would like to hear the band under the mountains. We believe that it is not related with the affection of younger countrymen toward the extreme left and communism, but rather with dancing to Ska -P music. As the publicist and one of the regular visitors of the festival Ondřej Bezr wrote: "This is a simple, rhythmic, dance and certainly energetic mixture of ska and punk."


Maybe a few hits with a baton would be enough

"If Ska -P had experienced a real Bolshevik tyranny and darkness of the communist persecutions for playing the music they like, their flirtation with the red stars would quickly end. However, we understand their revolutionary challenges indifference and their civic activities," sounds from the wigwam of the Festival founder and dissident Martin Věchet alias Geronimo. "It might be enough to get a few baton hits from the STB agents, who deported Petr Placák into the woods, where they beat him in the night and left him to his fate, or a pair of burnt hands and fingers from the cops using cigarettes to burn Vlasta Třešňák so that he could not play. One thing is certain, Ska -P would not be able to play as they do now. Maybe only somewhere in the barn, "said Geronimo.

Paradoxes with no limits

We are ready to confront leftism of this popular band. Indeed, the roots of the Czech Woodstock, which was created in the underground and persecuted by the totalitarian regime, encourage us to do so. I remember four years ago when Martin Magor Jirous stormed the Manic Street Preachers in the backstage. They initially looked at him a little startled, but after a short debate and clarification, he forgave them for playing for Fidel Castro. It ended with a hug. What happens to Ska -P is to be seen. One thing is certain; Magor is unfortunately gone and it will not remain to us.

Other bands - returns and premieres

The butts of our riffles can gain another notches with the new names of local bands. There are no limits to the variety and diversity and we believe that together with you the program wills ad up to the extraordinary and magical atmosphere of the summer meeting. After ten years is returning MIG 21 with the actor Jiří Macháček. It will be the first appearance of the increasingly popular Dymytry, and Čankišou will come again, too, like every year lately. The summer foothill meeting will be also enriched by the ska and reggae rhythms of Fast Food. Underground velvet underground mosaic will be complement by the legendary DG 307 with mystical texts of Pavel Zajicek. Other young bands alongside Doctor Victor, immodium or Hentai Corporation will be Pub Animals or punk Zakázané ovoce (forbidden fruit), who will have a chance to taste our famous red soil for the first time.

Festival this year renamed to Trutnoff - Czech Woodstock is well known for not hurrying with the ticket pre-sale and notification of bands. Thank you for your patience. Thank you for buying tickets without knowing who will be with us under the mountains to play. Thank you for your support and trust, dear squaw and brave co-warriors.

This year it will be different though. You will not buy a pig in a poke and soon we will drum out other bands. "However, it remains essential that the moment the meeting, not the bands, is important. You will learn the program and other matters of the festival future from the festival samizdat. In the foreseeable future we will drum out other groups and news," says our brave Festival squaw Marta Indian Věchetová.

Tickets can be ordered on the festival website or by email at vstupenky@festivaltrutnov.cz. As the Trutnov Woodstock habit goes, when ordering 10 tickets, the eleventh is free.