80th Birthday - John Mayall - TRUTNOFF in Archa, MEETING IN BETWEEN THE FESTIVALS 16th February 2014 at the Archa Theatre, Prague

At the time of the winter months of long nights we would like to sound our Tam Tams from beneath the snowy mountains and invite you to the pre-festival meeting of the summer Trutnov Open Air Festival, the Czech Woodstock. This time we are not inviting you to the festival that will be held in seven months, but to an extraordinary meeting with a concert celebrating the birthday of an important musician John Mayall. Although our mountain wigwams are covered with snow that brings in peace and quiet, we are drumming out that on Sunday the 16th of February we will bring back the magical festival atmosphere through a birthday concert of John Mayall. In the theatre atmosphere of Prague's Archa theatre, we are going to pay tribute to the one that inspired the creation of the Trutnov meeting, and we will celebrate his incredible eightieth birthday with him. The concert will be the first one of a whole European tour to mark Mayall´s eightieth birthday. The concert called TRUTNOFF in Archa will take place on the 16th of February at the Archa Theatre. In the foyer you will be welcomed by a gig of Marta and Rasputin Band and we will try to transfer the renowned specific atmosphere of the festival under the roof of the theatre. 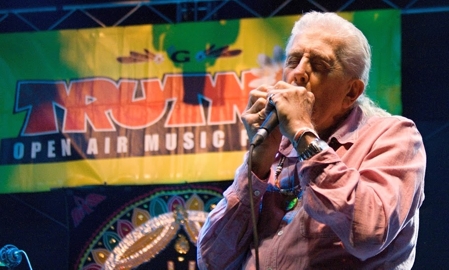 Up till now we have only organised one bigger solo concert apart from the festival - the performance of the former members of The Doors Ray Manzarek and Robbie Krieger in July 2011. The festival conspiracy atmosphere was to be felt everywhere and the energy was great, evoking the times of The Doors. We are glad we did it.

John Mayall (unlike the former members of The Doors) actually performed at the last Trutnov Woodstock. On the eve of John's festival concert we were chatting away with the band in the bar and decided that we should prepare a birthday party for John in Prague. It is almost a self-evident obligation to hold a birthday party and a concert to commemorate an anniversary of a man who gave an impulse to start the festival and, indirectly, stood at its birth. 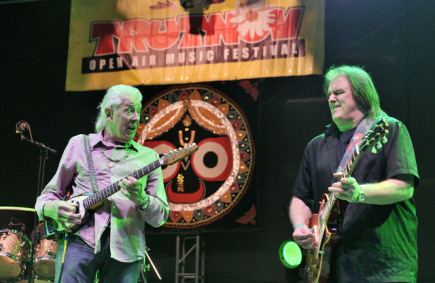 "When John arrived in 1985 in what was then Czechoslovakia for his first and last appearance under the open air at the festival Bratislavská lyra, it was something unprecedented and unheard of in the times of darkness. It was almost a miracle. Unbelievable! The girls in the front row were pulling their hair out, crying and screaming John! I had never seen anything like that anywhere before and only heard the stories or seen it in the documents about the Beatles. This concert will be one of the themes discussed in the Czech TV documentary series "Phenomenon Underground," which is being finished and will be shown on TV in the second half of the year. It was a well aimed and fired arrow into our hearts, and it infected me with the desire and decision to make, regardless of the circumstances, a large music festival. And so it two years later happened ..."

The desire to invite John Mayall to play under the open air for the first time in the Czech Republic was fulfilled last summer. It was a great and energetic performance. John also opened the Trutnov meeting on the first day. "I have seen about five of his concerts, but in Trutnov he spoke more than at all the other ones put together. The band was really looking forward to the performance and you could see it in their performance" Geronimo, the founder of Trutnov festival, says about the last year's experience.

Who is John Mayall 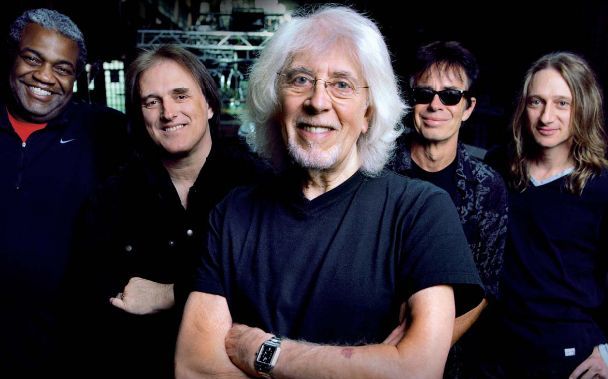 John Mayall was born in 1933 near Manchester, England. At the age of thirteen he started to self-teach himself to play the piano, guitar and harmonica. He studied art; he spent three years in the British Army in Korea and initially earned his living in graphic design. He returned to music actively when he was 30 years old. At the beginning of the 60th he founded and led his band, The Bluesbreakers, in which there were many famous musicians. In 1966 the band was joined by the guitarist Eric Clapton, who left the Yardbirs to pursue blues. It was with him that John Mayall recorded pieces prized both by public and professionals. The result was the most important British blues album of all times. The Bluesbreakers were like an incubator of musical talents. Besides Clapton and his later teammates from Cream Jack Bruce we can name for example Peter Green, John McVie and Mick Fleetwood (later Fleetwood Mac), Andy Fraser (Free) or Mick Taylor, who later worked in the Rolling Stones. John Mayall gained a reputation as a seeker of new talents. Eric Clapton admits: "John Mayall was a huge learning curve for many musicians."

John Mayall concert as part of his 80th Birthday Anniversary Tour will take place on Sunday the 16th of February from 19:00 at the Archa Theatre in Prague. Tickets are available in the box office and on the website of the Archa Theatre or Geronimo for CZK 850: www.archatheatre.cz on www.festivaltrutnov.cz and at Ticketpro and Ticketportal for CZK 850 plus fees.


We cordially invite you and you're welcome!

"In 1985 many people arrived at the concert in Bratislava – hippie and alternatively minded types from all over the country. It was funny from the start. We went there in an old borrowed fully loaded Skoda that we overheated on the motorway on the way there. Back the very popular hit of Mike Oldfield was playing while it happened. One cylinder in the engine stopped working, but when we arrived in Bratislava incredible things were happening. We met a lot of friends. Slovak support band, I think it was a band called Midi with some pop star Robo Grigorov was booed out, and when John Mayall appeared on the stage with his great guitarists Coco Montoya and Walter Trout, the girls in the front row literally started pulling their hair out, crying and screaming "Johnééé". I had never before experienced anything like that and until then I had only known such emotions from the Beatles documentaries. Suddenly it was happening before my own eyes and in the socialist Czechoslovakia. When John started playing, the loudspeakers began to release sounds that had never been heard at any concert of Czech and Slovak bands. Nothing mumbling or over-loud, but the top gear from the beginning, and a sound show that compared with the Slovak support band was like signals from the outer space. Incredible and unforgettable. Some followed John to another concert in Budapest. A decision was made. In combination with Woodstock and underground meetings in barns, I knew that the festival, which was later nicknamed “East Bohemian Woodstock,” was brewing."