Czech Woodstock will be enriched by the punk band The Damned, Algerian ethno rocker Rachid Taha and the reggae offspring of Bob Marley, Julian. Domestic WWW with their live drummer Pavel Fajt will baptize the festival with electronic music and hip-hop

At the time of the holiday season start, flowering meadows, water and sunshine and in the month of thunder, we are drumming out of our foothill wigwams – the punk band The Damned, the return of the Algerian-French ethno-rocker Rachid Taha and the son of the famous reggae King Bob Marley Julian, whose rocking rhythms will join the bridges of style diversity of this year's festival meeting. For the first time in the festival history, the mountain camp will be baptized by WWW with their electronic music and hip-hop in an unusual composition with drummer Pavel Fajt. The Forefather of all Czech festivals, Trutnov Open Air Festival, will be held from 15th to 18th August in Trutnov- Bojiště (“On the battlefield”). This year's festival meeting is dedicated to the victims of violent post-war displacement. And as you know, even we and our oldest music festival of its kind in the country are fighting against displacement. The surrounding meadows, which usually accommodate your tents and two stages, have been assigned to development by the Trutnov town councillors and the first concrete structure has already been built.  We are therefore preparing for the departure from Trutnov. Every yea may be the last one, but when it comes is unknown ... 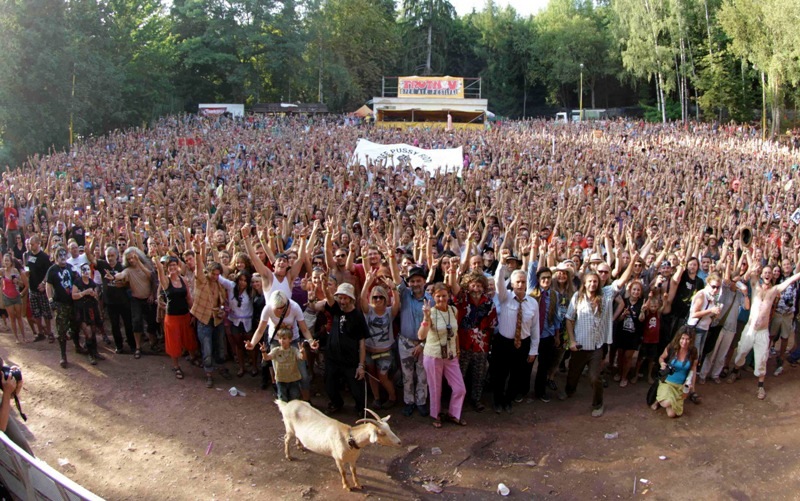 The festival is known for its unique atmosphere, history and dedications. Its excesses with distinctive twists in dramaturgy predetermined the look of many domestic festivals. This year will be no different. The festival is dedicated to the victims of forced post-war displacement and the diversity of its performers might suggest a lot. The musicians themselves become visitors and part of our plot tribe. 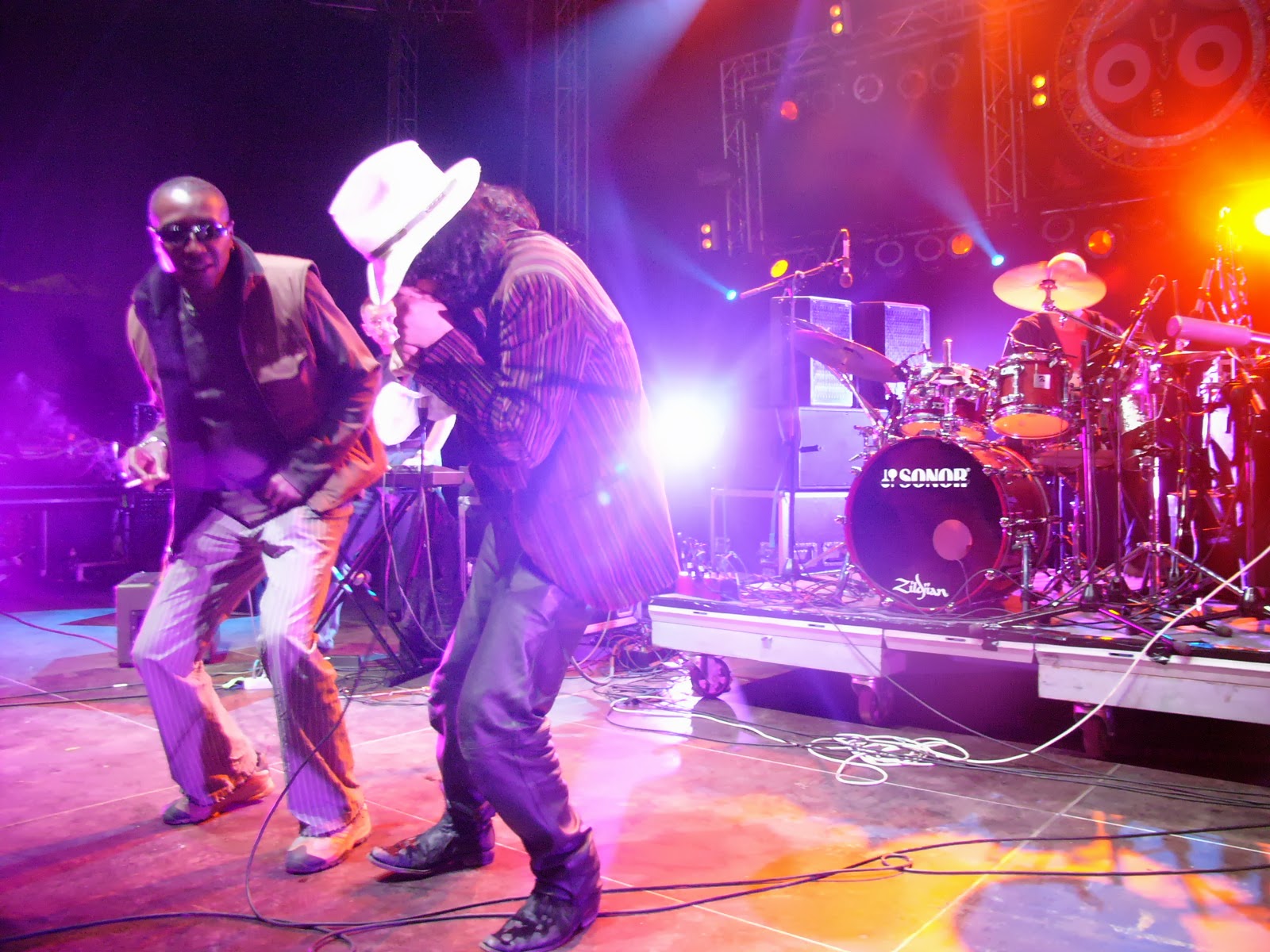 One of these conspirators is the Franco-Algerian singer Rachid Taha, who is returning to the foothill land after three years for the third time. Algerian rocker and activist, together with already announced Natacha Atlas, is bringing ethno and world music elements to the foothill camp. His energetic riffs are going to stir up the skin on the foothill wigwams. During his last visits, he drew attention of visitors not only thanks to his wild concert, but also his jamming with various musicians, creating unusual concepts and concerts. Rachid just crisscrossed through the festival area and joined in with the performers during the whole festival evening. He did not spare neither alternative Pavel Fajt with Emil Viklický nor duo Jessie Evans with Iggy Pop drummer Toby Dammit directly on the main stage. He ended in the morning at the set of DJ Scratchy from England, where, together with Jessie Evans they created a memorable couple and performed a great, original and completely unplanned concert. Rachid raged as the Black Hand. Finally he left with the second half of his pay, which he put in a Paris safe box, but it has later never been found. In comparison with the number of times he appeared on the stage, Rachid played almost for free ... Besides, everything had already begun in Paris - Rachid missed his scheduled flight because he had to return from the airport back home for a forgotten passport. He arrived in Trutnov arrived fifteen minutes before his concert. Rachid is already our festival buddy...

At the August celebration of peace and friendship, there will also be sounds of reggae in its purest form - the son of a famous father Bob Marley Julian, who is a true copy of his father. Although Julian continues the legacy of his father, his reggae sounds individually and it has its own style and character. The third and latest album of Julian Marley Awake from 2009 was nominated for a Grammy Award as the best reggae album.
Julian Marley was born in 1975 in London and was blessed by his father's legacy and talent. He grew up in a multicultural community, recorded his first song at the house of Marley in Kingston at the age of five he, and became a skilled musician - self-taught bass guitar, drum and keyboards player. In 1989 he released his first album Uprising, after which he even named his band. He then moved to Jamaica, where he worked on his second album, Lion in the Morning. It was produced in 1996 by Ghetto Youths, founded by Marley brothers Stephen and Ziggy. Family connections continue - Julian and his brother Damian appeared as part of the North American tour of "Marley Magic" in 1996. Despite his youth, Julian Marley became a reggae veteran and appeared at famous Jamaican and international festivals such as Sumfest and Sunsplash or European Roskilde. 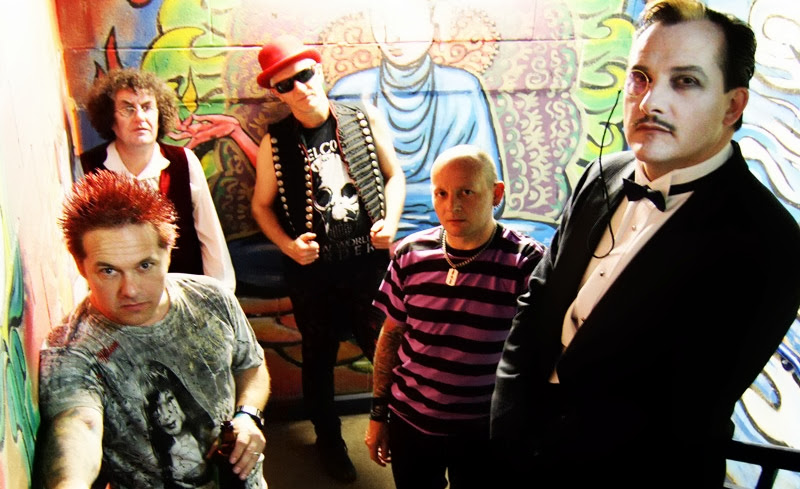 The cult punk band The Damned can be seen very rarely in the Czech lands. Lately it was in Prague six years ago. The punk pioneers were formed in London in 1976 and are considered the founders of the genre known as gothic rock. With their original concept they differed from most punk groups. Their music incorporated many influences including garage rock, psychedelic rock, but also cabaret. They are the first punks from London, who released a single and organized a concert tour of the USA. "The Legendary Damned, along the Toy Dolls and Marky Ramone, ad the last leaf to this punk clover that we grew in our hands during our travels. Each day of the festival we will tear off one of its leafs." This is a message that Geronimo Martin Věchet drums out.
The Damned had broken up many times over the years, they split up and after a few years they appeared again in a new formation. The only constant remains the singer Dave Vanian, who also invented the "vampire" theatrically spooky form of their stage appearance, with chalk-white makeup, formal suits and a particular style of singing. That was more or less unintentional foundations of gothic rock.
The last "rebirth" of the band was in 1996, when the band also added a former Sisters of Mercy base player Patricia Morrison. In 2008, Patricia, who got married to the singer Vanian, was succeeded by Stu West. At present, therefore, consists of The Damned now therefore consist of Dave Vanian, Captain Sensible, Monty Oxy Moron, Pinch and Stu West.
We believe that our squaw and fellow warriors who love vigorous rhythms and punk have something to look forward to. For a long time we haven’t welcomed such a diverse, yet related group under the mountains.


WWW with Pavel Fajt - the first time on the foothill land 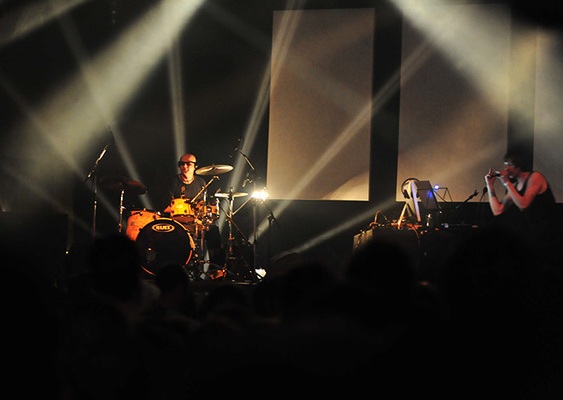 The red soil will be for the first time baptized by the sounds of a band from the Czech meads and groves, the electro hip-hop band WWW, which will perform in a unique cooperation with an alternative drummer Pavel Fajt, known for his collaboration with Iva Bittová or a significant Brno band Danube. The rhythms blended as a mixture of atoms, an axe and a neuron-beat, together with an alternative drummer are opening doors to modern trends in contemporary music, where electronic basic sounds are enriched by conventional musical instruments and live musicians. The band formed in the early nineties and attracted the first Czech hip hop culture enthusiasts. They were one of the first rap bands in the country, but in later years they began working with live instruments, than the band worked as post-hip-hop big band and slowly departed from the classic rap production.
"Welcome Ws!"

Thanks to the support of our patrons Zdenek Bakala, we have been able to keep the price of tickets at the same price CZK 980 for the third year. Tickets can be ordered on the festival website www.festivaltrutnov.cz. When ordering ten tickets, you get the eleventh free. In the pre-sale tickets you can buy the ticket for CZK 1,100 and at the spot for CZK 1,250.