Czech Woodstock will be vibrated by the punk band Toy Dolls and legendary Marky Ramone. Czech band Tommy Indian will launch their new record under the mountains

At the time of burning sunshine and the smell of drying hay we are drumming out that the Czech Woodstock will be enriched by a punk pair Toy Dolls and Marky Ramone with the repertoire of the legendary Ramones. The premiers of Czech bands at this cult festival will include performances of the punk band Fialky, the Folk rock band Fleret or Tommy Indian, who will launch their new record under the mountains in a shamanic ceremony. 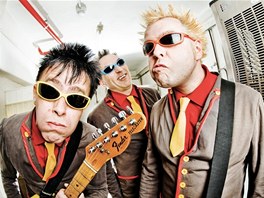 "It'll be fun. Toy Dolls are a cheerful punk band that converted their rebellious irritation into joy", sounds merrily from wigwams of the festival founder Geronimo. Those who have experienced the live performances of Toy Dolls know that we can expect dancing, jumping, throwing guitars, but also an interesting synchronized choreography. "We are more than satisfied with what we have achieved with the Toy Dolls! I can not believe that even after thirty years crowds of people still come to our concerts! What more could you ask for?" These are the words of the Toy Dolls singer Michael "Olga" Algar, who has been with the band since its start 30 years ago. He also humorously adds: "To be honest, I like silence. Sometimes I listen to Ella Fitzgerald. I like to watch telly, go to the pub or enjoy some fresh air ... "

Toy Dolls formed in 1979, originally as a quartet, but they settled as a trio with the lead singer Michael "Olga" Algar. Although punk rock is associated with more aggressive music and lyrics, Toy Dolls come with a sense of humor and fun (see the music tracks such as "Yul Brynner Was A Skinhead" - "Yul Brynner was a skinhead" or "My Girlfriends Dads and Vicar" - "My dad is my girl Catholic priest" ...). 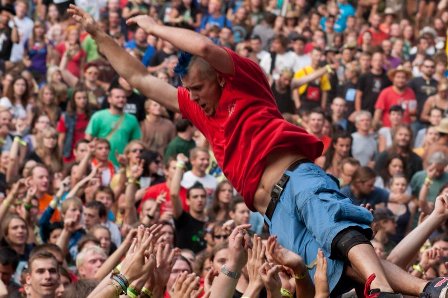 the only original member of the band. In 1980, Toy Dolls released their debut single "Tommy Koweys Car" with the song "She Goes To Finos' on the B side. The 500 copies quickly sold out and the single became a collector's item. At Christmas 1982, their punk remake of the classic children's hit song "Nellie the Elephant" became a No.1 hit in the UK. In 1983, the Toy Dolls released their debut album "Dig That Groove Baby" and they had many gigs in Europe, South America and Japan. It is a paradox that in Britain they had a tong tour in 2007, after a 14-year break, including a triumphant "homecoming" at a sold-out show at Durham University.

The last Toy Dolls studio album was released in spring 2012 under the title "The album after the last one."


Marky Ramone and Ramones
Another punk band of this year’s Trutnov meeting will be the legendary Marky Ramone, whose real name is Marc Steven Bell, and who earned his name in the music band The Ramones. Marky was in the band for over fifteen years, from 1978 until its break up in 1996, with a four-year break. He is one of the key figures of this legendary band and it can be said that he is its last surviving member. Marky started in other interesting 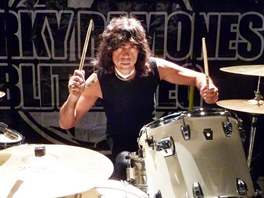 bands like Dust, Wayne County and the Backstreet Boys, Misfits or Richard Hell & The Voidoid. After touring the UK with Voidoid and The Clash, in the spring of 1978 he meets in a bar with Dee Dee Ramone, whooffered him a place in the Ramones. One word and Marc becomes Marky Ramone and becomes a drummer. Within a few weeks after his arrival, Ramones released their album titled "Road to Ruin", with one of their most famous songs "I Wanna Be Sedated". In the following year they film their cult classic "Rock´n´Roll High School." In 2001, Marky along with his former friends from the Ramones Johnny Dee Deem and Tommy Rocknrollové inducted into the Hall of Fame. That same year they Bono of U2 transmits an MTV lifetime achievement in music. In 2011, the Ramones were given a Grammy Lifetime Achievement Award. Ramones are a legendary “dirty” punk band and Marky Ramone arrives with its repertoire ... We believe that many a heart with cheer up while listening to this straight punk in its pure form. "The songs of this famous and pivotal punk band are probably known by every punk greenhorn, as well as their great logo mimicking the presidential seal, which became a symbol decorating T-shirts and jackets across continents."

Currently, Marky Ramone performs with the band Marky Ramones Blitzkreig, with which he tours the Mother Earth. He also acts as D. J. in Sirius XM Satellite Radio, where he hosts a program called "Marky Ramones Punk Rock Blitzkrieg". He appears in many TV shows, like The Simpsons or ZRock. 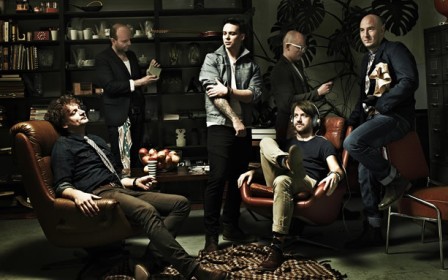 where for experience. Trutnov and Czech Woodstock is such a place, "says David Landštof, the band leader and drummer about this year's premiere performance of Tommy Indian. The festival under the mountains is only one of the few selected festivals where the band is going to perform. In addition, the band with its American singer Thomas decided to launch their record at Trutnov Woodstock. "It will be held in Trutnov Indian spirit with a small shamanic ceremony. Woodstock is one of the festivals where we always wanted to perform," says the bandleader of Tommy Indian who had success in two global long tradition music competitions - International Songwriting Competition 2013 and Unsigned Only. They also received recognition from Tom Waits. Of the twenty thousand recordings from around the world, the band got the song Slow Slow shortlisted and it was judged by musical personalities such as Jeff Beck, Tom Waits, Robert Smith, Mark Foster and Suzanne Vega. As the only European band they ended up among the fifteen winning songs in the main category.


Other drummed out bands are: 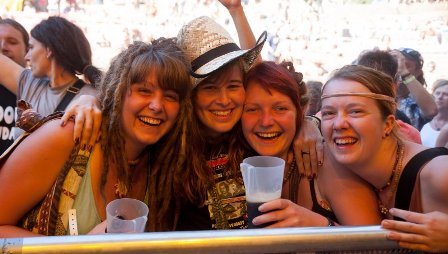 Punky Fialky, Moravian Fleret, combining big beat with folk songs, who along Sunflower Caravan, Čokovoko, Peter Linhart and 29 Saiten, Beaty Bocek, sharp garage punrock Dead Pope´s Company or drummer group Wild Sticks and others will have their "Trutnov" premiere. Other drummed out bands are Vladimír Merta with a band, Majerovy brzdové tabulky, Please The Trees, Plastic Swans (sk) band or a band formed by disabled youth from Jedlicka Institute the The Tap Tap, who earned a great success last year during their first appearance in Trutnov.