Czech Woodstock will be enriched by ethno rhythms and hardcore. Natacha Atlas and talented and restless Palm Reader will arrive in Trutnova

At the time of high water finally calming down and with the arrival of the sunshine and better prospects, we are drumming out: in the middle of the month of grain, our tribe in the foothill camp will be supported by the European representative of world music and a belly dancer Natacha Atlas. However, it will not stop there. This year's meeting of the Czech Woodstock, which will be held from 15th to 18th August, will be enriched by the heavy rhythms of the promising young band from the British hardcore scene Palm Reader. The invitation to this year's Pow-Wow dedicated to the victims of the violent post-war expulsion has also been accepted by other local bands. 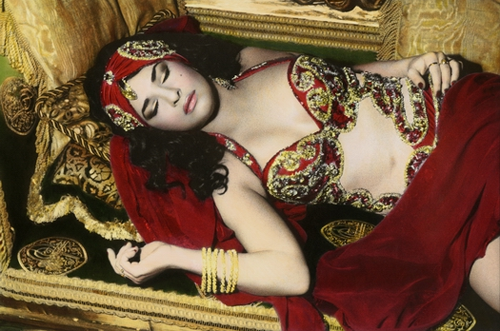 Our foothill tribe will be supported by the European representative of world music of the Moroccan origin, a belly dancer and singer Natacha Atlas. "A woman who uses her music to create bridges over the cultural chasms," sounds from our wigwams. The legendary festival will take place from 15th to 18th August Na Bojišti and on the adjacent land in Trutnov. The festival is remaining on its traditional place despite the fact that the festival meadows have been selected for development by the local authorities. The first building with a parcel logistic centre and garages has already been built.

Invitation of Natacha Atlas is deliberate and it is linked to this year’s dedication. Natacha is not only a great singer, whose music enriched by ethno elements we like, but she is also a Muslim with Arab and Jewish roots. Her origins and the way she links the elements of different cultures in their music go hand in hand with the dedication of the festival to the victim of the violent post-war expulsion. "A few years ago we dedicated the festival to Sir Winton, who saved hundreds of Jewish children from the gas chambers during the Second World War. This year, we want to remember the post-war victims from "the other side" of the wild expulsions. Life stories of ordinary people who were often guilty just by being of a different nationality. Its role also played the pre-war German annexation of the Sudetenland, which on the other hand forced out many Czechs, not to mention the Jews, "said the festival co-founder Martin Věchet alias Geronimo.

Natacha Atlas says of herself that she is ten percent Jewish. In the body circulates blood of her Arab and Egyptian ancestors, and she is a Muslim. "I am a human version of the Gaza Strip – the conflicts between my European and Arab parts do not cease, my genetic code almost inevitably made me a nomad," says Natacha Atlas.

This year Trutnov Open Air Festival will be ethnically richer than it usually is. We want to demonstrate that nationality should not be a reason to throw anybody out from anywhere, to expulse or judge them. Natacha will not be expelled of our wigwams and the festival camp for her origin, but quite on the contrary – we will dance together with the rhythms into the early dawn and enjoy the great music with its blending of musical styles from the East to the West. 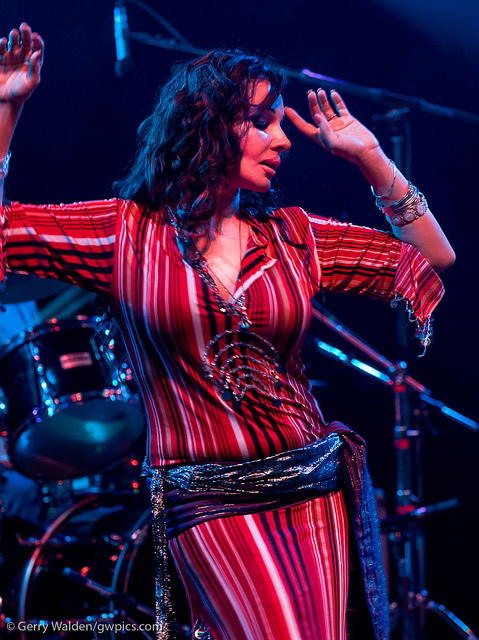 Natacha Atlas was born in Brussels in a British Moroccan family with Palestinian ancestry. She grew up in the Moroccan community in Brussels, where she met with belly dancing and modern Egyptian pop music. Later, she and her mother moved to England. In the nineties she becomes a singer of a well known ethno-trance band Transglobal Underground, which mixes Eastern and Western culture with many other styles. In 1994 she releases her debut solo album Diaspora, containing dance music songs. The second album Halim from 1997 is more "Arabic". So far Natacha has released eight studio albums. "There will always be two identities living inside me - Arabic and European. When I was very young, we tried to ignore the Arabic part of my father because it felt strange, but something has changed ... Today I know that I have both cultures inside me. God created me like that. I dream in two languages ​​and there is not a day when I would not use the Arabic language, " Natacha Atlas, who has collaborated with artists across genres such as Peter Gabriel, Sinead O 'Connor and Jean Michel Jarre says about herself. Her voice sounds from many soundtracks, and it can be also heard in several video games. Her multicultural background, experience and knowledge of several languages ​​- Arabic, French, Spanish and English - have helped to create her own musical expression.

In the spirit of traditional programme diversity of the Czech Woodstock, where you can find bands that would hardly meet anywhere else standing side by side oftenon the same stage, Natacha Atlas will be complemented by sharp rhythms of a young band Palm Reader, arisen from the dark depths of the British hardcore scene. Like Hawk Eyes last year, these guys come from the stable of Foo Fighters. Unlike Natacha Atlas with her ethno Arabic and North African music, Palm Reader will vibrate the skins on our wigwams with their hardcore riffs. Yes, those are the connecting bridges.
Palm Reader, the winner of several awards; have recently released their debut album Bad Weather. The brand hardcore was in their case described as "excellentcore". The vocals of the singer Josh McKeown are harsh and you can almost feel a vocal struggle from the fluctuating melodies. There is no sense of monotony, no feeling of déjà vu. It is a collection of heavy smashing songs. Palm Reader has in them everything in the right quantities and at the right moment. Their musical influences are exposed, but in the shapes that have become their own. This is what their welcomed debut addition to the music scene is like. Fast and hard as it should be.


Premieres and special appearances on the Woodstock mosaic 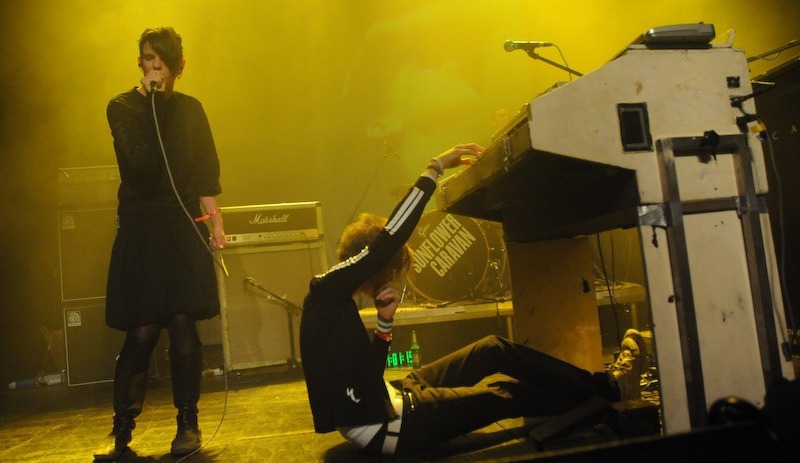 We have previously announced that the festival will host the legendary musician John Mayall. The festival mosaics will be added with the Czech bands Sunflower Caravan or the new face of folk music scene Beata Bocek, who will perform in Trutnov for the first time. Vlasta Redl arrives with a special program with the band Buty, who will also offer an extraordinary festival Jukebox in which they play songs from their repertoire, including the last record to the wish of the audience. Other bands are announced are Čankišou,  the legend of the Czech-Slovak reggae celebrating thirty years Švihadlo, punk band Volant, pub band Echt!, Gangnails, divine Tony & Garage, Hentai Corporation, Velvet Underground Revival with their long party sets in the Underground 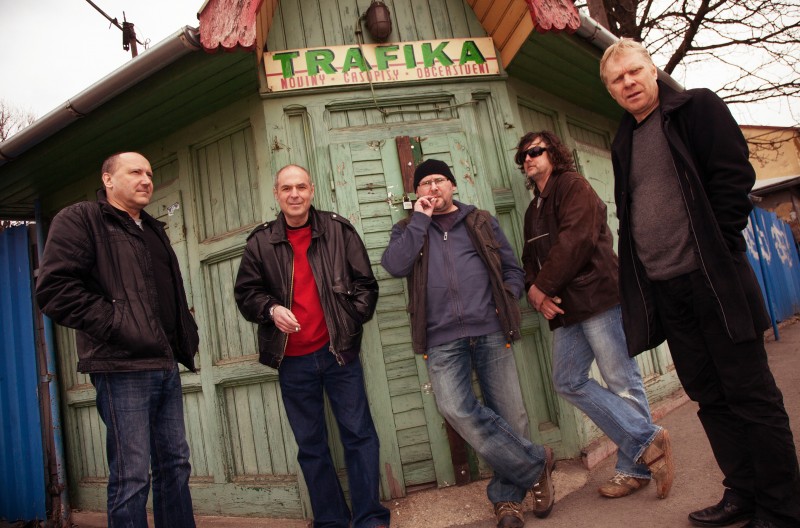 tent, an alternative band Flowers, Slovak Plastic Swans . After a long time, the foothill soil will be for second time visited by Medvěd 009. After a few years we will also welcome Krucipüsk, Smola a Hrušky from Slovakia and the restless Poletíme? from Moravia. Traditionally the festival will be visited by Záviš, who will fill the underground tent of IMM Jirous with their chants. Hard rhythms will arrive with X-Core or the hardcore Locomotive, who will perform a special concert – for the first time they will be supported by the band Wild Sticks, consisting of several drummers.

Tickets can now be ordered on the festival website for the price of 980, - CZK for pay on delivery. We keep the price the same as in the last two years thanks to the support of our patron Zdenek Bakala. If you order 11 tickets, you get 1 free. In the pre-sale and on-site the price will be higher. One of the specifics of our foothill Woodstock is that camping and parking is free of charge. "It would not be a real Woodstock othervise"