The Czech Woodstock in Trutnov will be visited by legendary John Mayall. The king of white blues will open the festival while performing his first open air gig in the Czech Republic

The legendary musician John Mayall will arrive at the oldest music festival in the Czech Republic nicknamed “Woodstock”, taking place on 15 - 18 August in the part of Trutnov called “the Battlefield” and the adjacent land. In the Easter aftermath of the resurrection we are drumming out a little joy. We believe that it will rise and revive your souls after the long period without sunshine and that it will please many a heart of squaws and conspirators of our festival tribe. The foothill camp will be visited by the uncrowned king of white blues and Eric Clapton teacher, who will celebrate a whopping eighty notches on his riffle butt in November - the legendary master John Mayall. We are thus fulfilling one of our dreams. 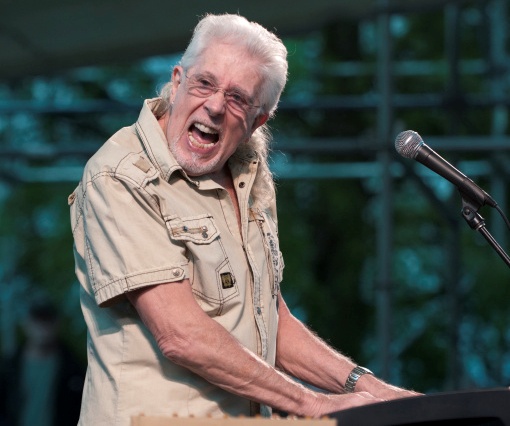 Opening of the festival, a dream come true and the first open air performance of a living legend 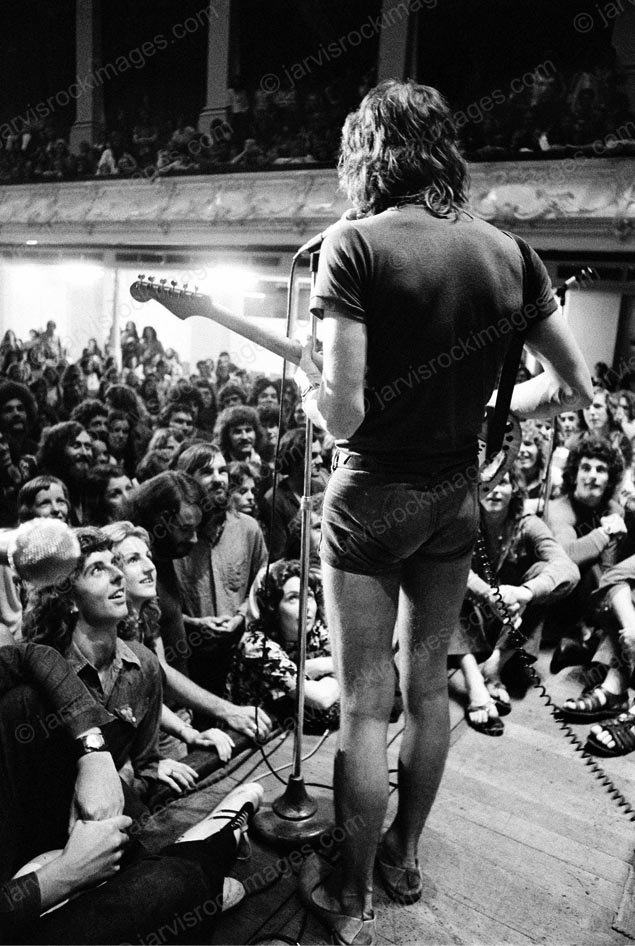 It will be the first ever appearance of this living legend, known as the father of the British blues, under an open sky in the Czech Republic. Whenever John Mayall performed in the Czech Republic, it was always in small indoors venues, which was sometimes a pity. We openly admit that this is fulfilling our age-old dream. John will have the honor of opening this year's festival. John Mayall indirectly assisted the foundation of the oldest music festival in the country nicknamed the Czech Woodstock. 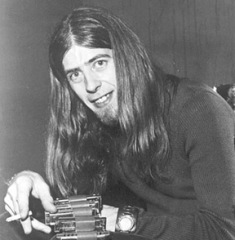 "When John came to the former Czechoslovakia in 1985 on his first and last appearance in the open air at the festival Bratislavská lyra, it was something unprecedented and unheard of at the times of darkness. Almost a miracle. Unbelievable. It was like an arrow well aimed and fired into our hearts. This arrow infected me with the desire and decision to organize a large music festival, regardless of the circumstances. So I did in two years time," says one of those who gave birth to the festival, Martin aka Geronimo.

"In 1985 many people arrived at the concert in Bratislava – hippie and alternatively minded types from all over the country. It was funny from the start. We went there in a an old borrowed fully loaded Skoda that we overheated on the motorway on the way there. Back the very popular hit of Mike Oldfield was playing while it happened. One cylinder in the engine stopped working, but when we arrived in Bratislava incredible things were happening. We met a lot of friends.

Slovak support band, I think it was a band called Midi with some pop star Robo Grigorov was booed out, and when John Mayall appeared on the stage with his great guitarists Coco Montoya and Walter Trout, the girls in the front row literally started pulling their hair out, crying and screaming "Johnééé". I had never before experienced anything like that and until then I had only known such emotions from the Beatles documentaries. Suddenly it was happening before my own eyes and in the socialist Czechoslovakia. When John started playing, the loudspeakers began to release sounds that had never been heard at any concert of Czech and Slovak bands. Nothing mumbling or over-loud, but the top gear from the beginning, and a sound show that compared with the Slovak support band was like signals from the outer space. Incredible and unforgettable. Some followed John to another concert in Budapest. A decision was made. In combination with Woodstock and underground meetings in barns, I knew that the festival, which was later nicknamed “East Bohemian Woodstock,” was brewing." 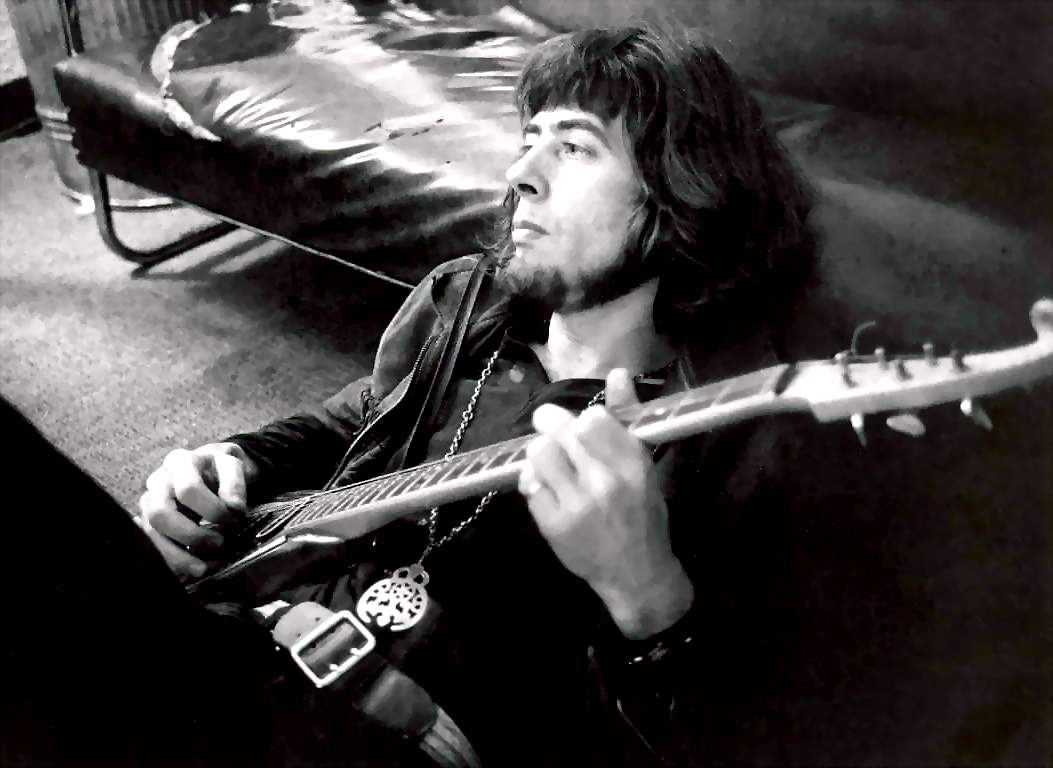 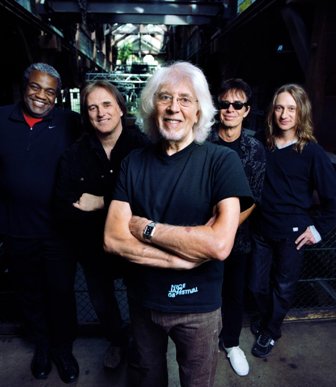 arrives in Trutnov at the incredible age of eighty and in full strength. He is going to spend here three days and three nights, even though he is almost daily busy touring. Then he is leaving Europe for America where he lives. "It was one of our conditions for John to spent three days under the mountains. And we will have the honor to accommodate him in our wigwams and offer John our highland foods and drinks from our territories. " John Mayall is the lead singer, keyboardist, guitarist and virtuosic harmonica player. From an open air concert we expect exceptional performance with a young band behind driven by you - festival squaw and warriors below the stage. It's a great music perfectly suited the spirit of the festival.

John Mayall was born in 1933 near Manchester, England. At the age of thirteen he started to self-teach himself to play the piano, guitar and harmonica. He studied art; he spent three years in the British Army in Korea and initially earned his living in graphic design. He returned to music actively when he was 30 years old. At the beginning of the 60th he founded and led his band, The Bluesbreakers, in which there were many famous musicians. In 1966 the band was joined by the guitarist Eric Clapton, who left the Yardbirs to pursue blues. It was with him that John Mayall recorded pieces prized both by public and professionals. The result was the most important British blues album of all times. The Bluesbreakers were like an incubator of musical talents. Besides Clapton and his later teammates from Cream Jack Bruce we can name for example Peter Green, John McVie and Mick Fleetwood (later Fleetwood Mac), Andy Fraser (Free) or Mick Taylor, who later worked in the Rolling Stones. John Mayall gained a reputation as a seeker of new talents. Eric Clapton admits: "John Mayall was a huge learning curve for many musicians."

Mayall released over fifty albums and played with a number of other famous musicians such as John Lee Hooker, BB King, Billy Preston, Sonny Boy Williamson and Gary Moore. In the late sixties, after the commercial success in the U.S., Mayall moved to Laurel Canyon in Los Angeles, where he joined the local blues-and jazz-rock scene. In 2005 he was awarded the Order of the British Empire, which he commented: "This is the most important award I've ever received. I have never had any hit, I did not win a Grammy, and I'm not in the Rock and Roll Hall of Fame either."

This year, on “the Battlefield” - fight for the defense of the traditional area 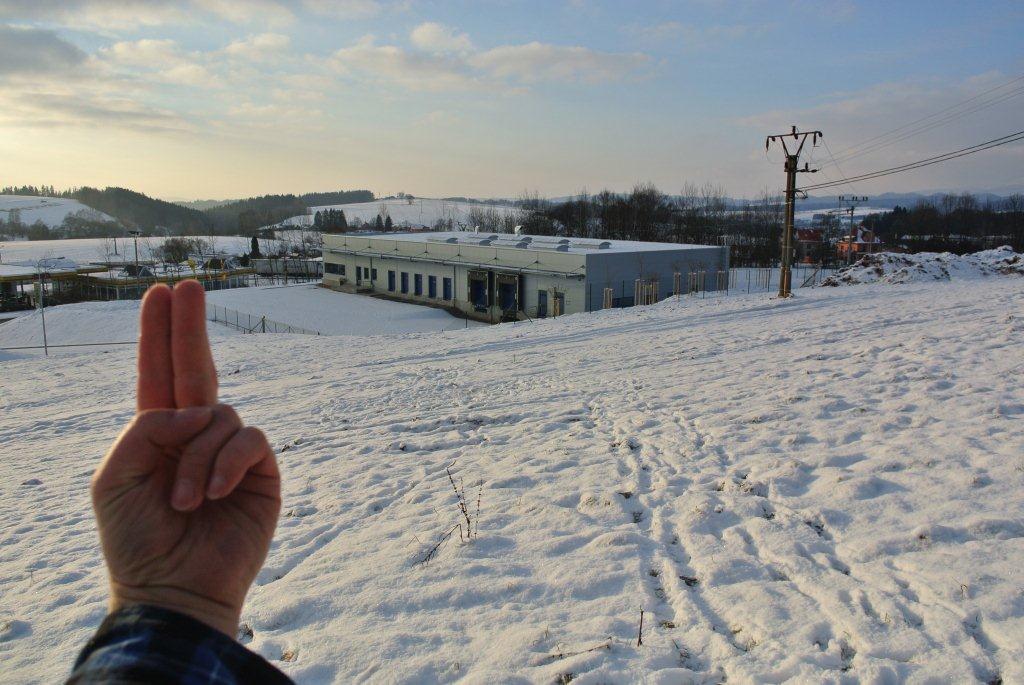 As you know, over the past few years, Trutnov Open Air Festival has been haunted with the embarrassing circumstances associated with the defense of the traditional venue on Na Bojišti. There are talks about the festival end at this place and probably also in the town where it was founded in 1987. We believe that music and the joy of meeting will disperse these clouds and that the festival will not be affected by them. "Despite the fact that the Trutnov councilors designated the meadows for development and that there already is the first concrete structure in the place where the main gate to the camp used to stand, the festival will take place on its traditional site this year,” sounds from our foothill camp with determination.